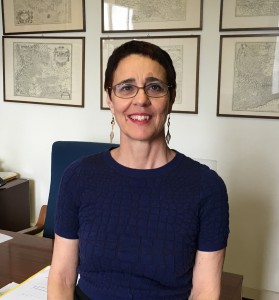 2010-2015: Deputy President of ALG, the Journalists’ Association in Lombardy (territorial branch of Fnsi), the main Italian region for number of journalists and publishing companies. Worked daily to solve labour disputes between companies and journalists in accordance with Italian law.

My activity, as first member and then deputy Secretary General of FNSI, the Italian Journalists’ Federation, focuses on two issues, which I hope I can pursue as a member of EFJ:

1. Fighting for journalists’ rights, safety, press freedom, plurality in the information system, building the best possible environment for journalism and press freedom. In Italy, most of the editorial companies are owned or strongly influenced by industrial or financial groups which try to manipulate the press. We have very few ‘pure’ publishers and the FNSI is engaged every day in the fight against these very heavy conflicts of interest. A real danger for a pluralistic media landscape is the merger and acquisition trend among publishing companies, which could lead to a dramatic reduction in the number of newspapers. All over Europe, we have to work hard against constant economic and political interference in the journalistic profession. Another problem is advertising: it’s crucial for democracy that readers are able to distinguish true and objective information from ‘advertorials’ and paid-for advertising.

2. Safeguarding jobs. Economic crisis means a substantial loss of jobs in newspapers and editorial companies all over Europe. Today, many journalists are free lance but not out of choice and many are very badly paid. It’s necessary defend our rights and our salary but also to try to take part in, and if possible shape, the changing of the market and the development of new professional profiles.