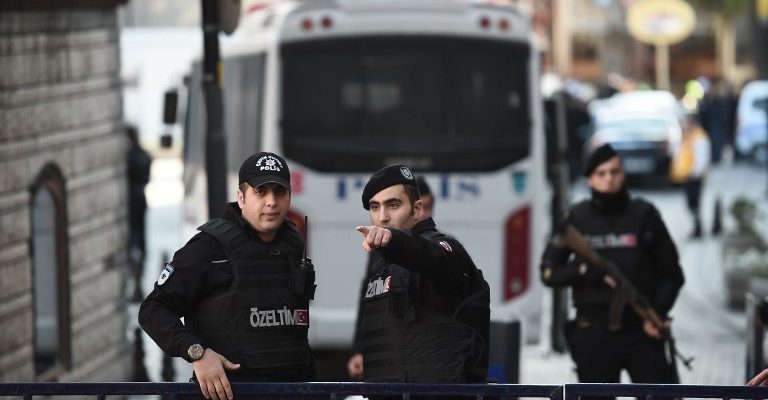 
A least 10 people have been killed and dozens injured today (12/01/2015) in the historical center of Istanbul (Turkey) in what appears to be a suicide bomb attack by suspected member of the Islamic State (IS), group has killed 10 people, official reports say. 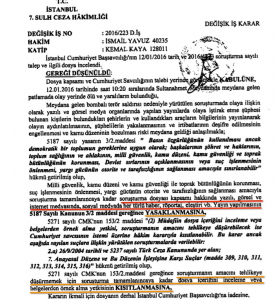 Following the explosion, the Turkey Radio and Television Supreme Council (RTUK) have ordered a broadcast ban interviews related to an explosion. The broadcast ban was followed by a total information ban decided by the 7th Chamber of the Istanbul Court of Peace which forbid the publication of any opinion, interview, images, information – including comments published via social network – for an undefined period.

The media and broadcast ban was established almost immediately after the attack, and there is no information available about the duration of the blackout. Turkey has made similar gag orders several times in 2015 following a terrorist attack in Ankara.

“News of this tragic incident dismayed all of us as European journalists very much”, said Mogens Blicher Bjerregård, EFJ President. “It seems that Turkish authorities find it more important to prevent communication than relieve the consequences of the explosion. Being able to access and verify information and publish updates in emergencies is essential for the public opinion and the victims relatives. We call on Turkish institutions to revoke the media bans and respect press freedom”, added the President of the European Federation of Journalists.

Photo Credit : OZAN KOSE / AFP : Turkish police cordon off the Blue Mosque area on January 12, 2016 after a blast in Istanbul’s tourist hub of Sultanahmet left 10 people dead. Ten people were killed and 15 wounded in a suspected terrorist attack on January 12 in the main tourist hub of Turkey’s largest city Istanbul, officials said. A powerful blast rocked the Sultanahmet neighbourhood which is home to Istanbul’s biggest concentration of monuments and and is visited by tens of thousands of tourists every day.