Stop threats and violence against journalists and acamedics in Turkey 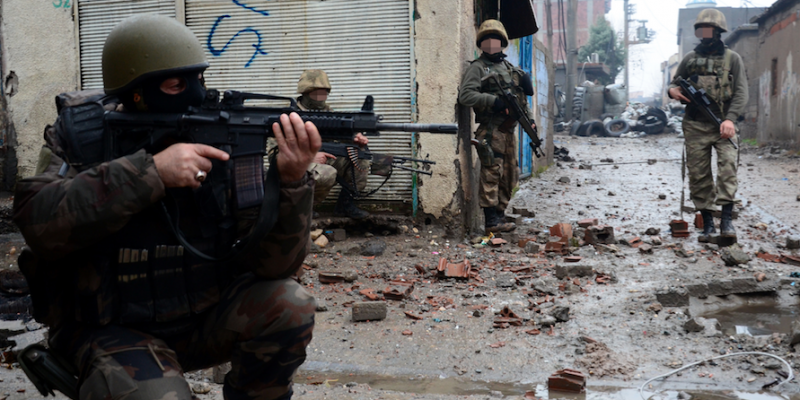 
The European Federation of Journalists (EFJ) and the International Federation of Journalists (IFJ) strongly condemn physical attacks today (20/01/2016) against IMC TV reporter and cameraman Refik Tekin and other press correspondents who were reporting from Cizre (Southeast of Turkey) about the ongoing state of emergency. According to local reports, 10 persons including IMC TV reporter and cameraman Refik Tekin have been gunned by unidentified special operations police forces and members of gendarmerie special operations active in Cizre. Tekin, who was reporting along with other colleagues the situation from the ground for the last 38 days, is now suffering from bullet in his left leg. The EFJ-IFJ wish quick recovery for affected journalists and media workers and will report those new violations to the Council of Europe’s platform for the protection and safety of journalists and to the Mapping Media Freedom project.

The ongoing intensive fighting in Turkey’s Kurdish regions between Turkish military and police forces and the PKK supporters on the one hand and the regular terrorist attacks claimed by the so called Islamic State militants make the area extremely dangerous for journalists and media workers. Many voices in Turkey have been raised recently to put an end to the use of violence and to critisize the permanent state of emergency imposed by Turkish authorities.

Recently, in a statement the European Union’s External Action Service (EEAS) already addressed the “extremely worrying development” in Turkey regarding the legal steps taken against the 1.128 university professors and over 355 researchers who signed a declaration calling to end the state violence in the Kurdish regions and prepare negotiation conditions. The European and International Federation of Journalists (EFJ-IFJ) consider this case as an application of the “academic freedom” principle which states that scholars must have freedom to teach or share opinions and ideas without being targeted with legal procedures, job loss or jail sentences.

The EFJ-IFJ express its support to Turkish academics under prosecution. The EFJ-IFJ remind the Turkish authorities that freedom of expression has an essential role to play in every democratic society, helping to foster the development of an open, tolerant society in which human rights –  including press freedom – must be respected. The authorities are asked to immediately drop all the charges against those intellectuals and start.

The Journalists Union of Turkey (TGS, EFJ-IFJ affiliate) has expressed “solidarity with colleagues working in the region to inform us”. In addition, the Turkish Press, Broadcasting and printer workers’ union (DISK Basin-is) has published a diary of the most recent media freedom violations and demanded to put “an end to attacks on the right to obtain the news”.