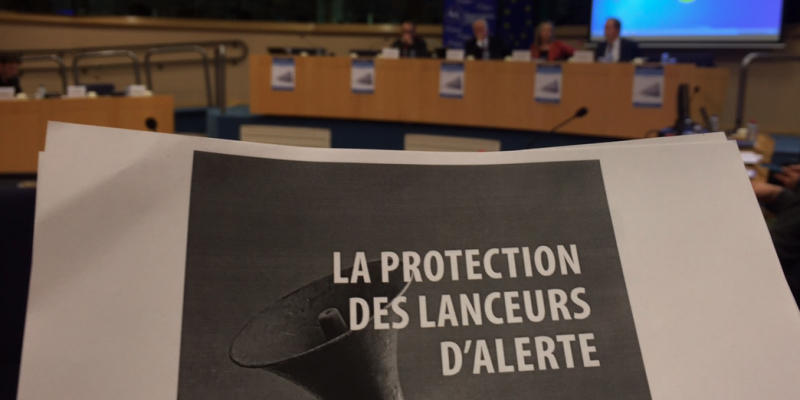 
Following months of debates and Trilogue negotiations on the Commission’s proposal for a Trade Secrets Directive, the European Parliament Committee on Legal Affairs today has finally voted the final draft proposal on trade secrets. It improves the legal certainty as regards the exception for exercising the right to freedom of expression and information but journalists and media associations will remain vigilant.

The European Federation of Journalists (EFJ) takes note of the generally positive amendments made to the initial draft Directive on Trade Secrets.

Throughout the negotiations, the EFJ together with other media organisations’ representatives (including the European Broadcasting Union, European Newspaper Publishers’ Association, The European Media Magazine Association and Reporters without Borders) have stressed to MEPs and representatives of the Member States  the need to ensure that the legislation does not curb media freedom and pluralism or restrict the work of journalists, in particular with regard to their investigations and the protection of their sources.

This final draft adopted today (28/01/2016) will introduce an EU-wide definition of “trade secret” which allows businesses to protect an investment or information for a limited time period before launching the innovation. The final text though it improves the legal certainty as regards the exception for exercising the right to freedom of expression and information but journalists and media associations will remain vigilant.

The EFJ has been happy to see that the initial wording requiring journalists to make “legitimate use of the right to freedom of expression…” has been rejected. Such a wording would have set a very dangerous precedent for media freedom in Europe. In these circumstances, they would have had to justify the exercise of their right, leading ultimately to self-censorship as soon as they are investigating industrial and corporate affairs.

The draft still needs to be endorsed by the Parliament it in its plenary session in April 2016 and by the Council of Ministers of the European Union.

Another concern is still the protection of whistle-blower which was the subject of the debate at the European Parliament yesterday. The debate hosted by MEPs Jean-Marie Cavada, Constance Le Grip and Cecilia Wikström of the Alliance of Liberals and Democrats for Europe (ALDE) discussed with journalists and whistle-blowers potential restrictions they face with regard to investigative journalism and the protection of sources. Panellists and audience agreed that whistle-blowers are often neglected by the law leaving without sufficient protection for the risk they are taking for telling the truth.

The EFJ will pursue with the European Parliament a better protection of sources at EU level.