Freedom of the media more important than ever 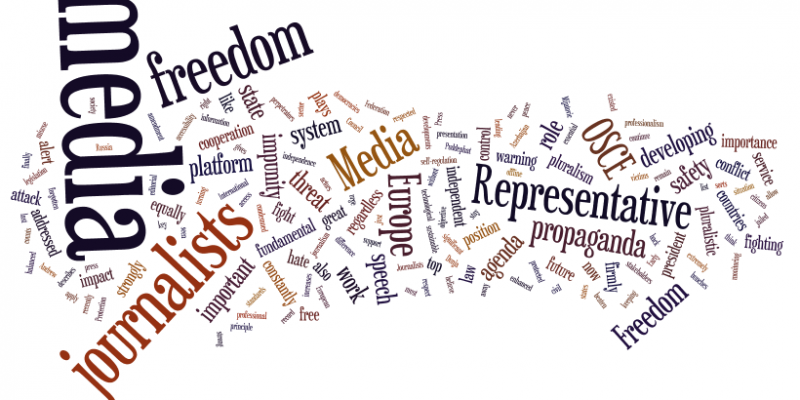 The truth is the first victim of a conflict, and right now, we have such victims in Europe.

Most recently, the amendment in the Polish media law turning publish service media into more state control. As well, the record list counts the Hungarian media law removing the self-regulation system, public service media under attack in Spain and more dramatically, journalists beaten and jailed in bunches in countries like Turkey and Azerbaijan.

More state control of the media will allow more hate speech leading to propaganda as seen during the conflict between Russia and Ukraine, a “weaponization” of communication as the president of the International Media Support, Andrew Puddephat describes it. Again, we risk to witness on propaganda in a scale, we have forgotten existed, if we not firmly fight back the attack on media freedom. What happens in Europe just now emphasizes our duty constantly to have press freedom and safety of journalists on top of the agenda.

In the last months of 2015, I had the great honor of been nominated as the Danish candidate for the position of Representative on Freedom of the Media in the OSCE. At my presentation for the 57 countries of OSCE, I addressed the importance of the main topics.

Even I finally did not get through to the position, I hope and believe that my speech in December in Vienna will contribute to the future work, and I strongly urge the incoming Representative to continue the great job and difference for media freedom and journalists, that Dunja Mijatovic as the Representative has made.

For the future work of the OSCE Representative on Freedom of the Media, I recommended pluralism as the best response when media freedom is challenged. Media pluralism gives citizens access to balanced and objective information. It is essential to support the developing of sustainable and pluralistic media with strong professional standards, as pluralistic independent media is.

The independence of media relies on the principle of keeping at arm’s length. The state should respect editorial freedom and stay away from any sort of influence and should never misuse any media or platform to produce and disseminate hate speech like propaganda for war. Such propaganda should be strongly condemned by governments and the civil society.

Safety of journalists and fight impunity

I firmly addressed that safety of journalists and fighting impunity should remain on top of our agenda until journalists can work without fear and the perpetrators are brought to justice.

Protection of journalists, attention to legislation and securing an environment for free and independent journalism constantly have to be core elements on the agenda. In cooperation with the Council of Europe and a number of NGO’s I as president of the European Federation of Journalists have been engaged in developing the alert system of violence against journalists and media in Europe, which requires states to respond to each violation. This alert system plays a significant role and shows the importance of cooperation in the field.

I also emphasized that it is extremely important to stress that fundamental freedoms apply equally regardless of the platform. The technological development increases accessibility to different platforms and create more media, but unfortunately also new sorts of harassments against journalists. This reminds us that safety of media actors and fighting impunity are equally important regardless of the platform. A threat online has the same impact as a threat offline and should be met the same way.

Press freedom and free media can and must be protected and enhanced – This is key to developing our democracies and peace in Europe. I won’t dare to think about any other choice.