Greece: Journalists must be free to report on refugees 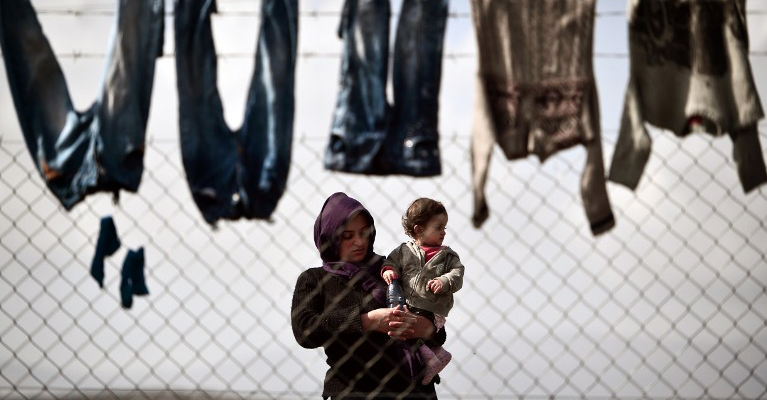 
The Pan-Hellenic Federation of Journalists’ Unions (PFJU, EFJ-IFJ affiliate) expresses its opposition to unprecedented ban to journalistic research and reporting aspects of the urgent situation regarding refugee attempted by a new “directive” issued by the Greek ministry of Immigration Policy. According to this directive, “both on the Islands and on the mainland of Greece, television crews and journalists will not be granted license to enter the premises where refugees are hosted until further notice”.

PFJU calls on the Greek government to withdraw the decision immediately, since no state of emergency can justify any restriction of individual and social rights constitutionally guaranteed. In these circumstances, journalistic duty and the need for awareness of society require showcasing all aspects of refugee crisis, including the conditions in refugee hosting areas.

Photo Credit : LOUISA GOULIAMAKI / AFP
A woman holds a baby in the makeshift migrant camp at the Greek-Macedonian border, near the Greek village of Idomeni, on March 1, 2016, where thousands of people are stranded. With Austria and Balkan states capping the numbers of migrants entering their soil, there has been a swift build-up along the Greece-Macedonia border with Athens warning that the number of people “trapped” could reach up to 70,000 by next month.