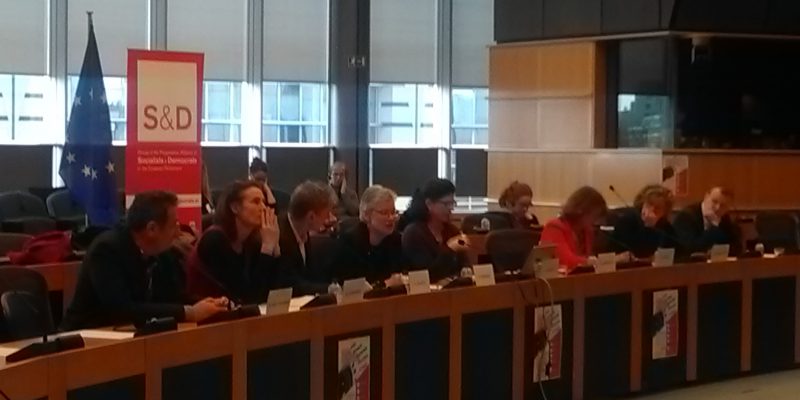 The European Federation of Journalists (EFJ) was invited by the Group of the Progressive Alliance of Socialists &Democrats in the European Parliament to a seminar on Diversity in Media and Culture Versus Convergence  on Thursday 7 of April.

Ms Maria Joao Rodrigues, S&D Vice President and the chair of the Culture Committee Silvia Costa introduced the seminar highlighting the group’s priorities for pluralism, culture, media and communication as major sources of development and as a way to integrate European citizens within the European public sphere.

Dr Elda Brogi from the Centre for Media Pluralism and Media Freedom (CMPF) exposed the results of the Media Pluralism Monitor 2015 which covers 19 EU countries. It shows that none of them are free fr 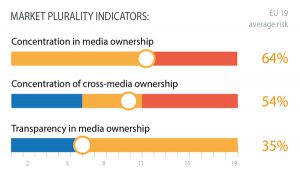 om risks to media pluralism – concentration and media ownership being the biggest threat (64%). The CMPF stressed the need to complete the data base to have a full overview of the situation in Europe: the Media Pluralism Monitor 2016 will be applied in all EU member states as well as in Turkey and Montenegro.

During the debate on quality-journalism and diversity, more than 60 points were adressed, from media literacy, decriminalisation of defamation to self-censorship.

Hungarian journalist, Balazs Nagy Navarro, also vice President of the Hungarian television and Filmmakers Independent Trade Union highlighted the need to cooperate and to ensure safeguards at the European level: “it is not about my job, it is not only about journalism, it is about fundamental rights, about basics” he says.

Renate Schroeder appreciated that the Monitor for the first time includes working conditions, protection of sources and journalists’ organisations at national level. Working conditions were reported to be particularly problematic (high risk) in Czech Republic, Ireland, Latvia, Lithuania, Poland, Romania, Slovakia and Spain. The EFJ mentioned self-censorship as one of the most important issues facing the journalism community. She referred to the Council of Europe survey on “journalists at risk: part of the job? The EFJ highlighted the fear factor of journalists both for the editorial but also trade union work. Schroeder also noted that media literacy is the indicator where the largest number of countries show a high risk. Without citizens interested in paying for quality journalism, the work of journalists will be reduced to entertainment, she said.

Asked by MEP Petra Kammerevert for her wishlist on journalism, Renate Schroeder referred to the EFJ manifesto, which had been signed by Mrs Kammerevert back in 2014 and includes 10 major policy points: “We need to work on a high protection of journalists’ sources and whistleblowers, editorial statutes, we need to discuss the future of journalism as a public good and its funding funding, but likewise author’s rights and fair contracts for freelancers. We also have to give the young people the instruments to work” she said.

Petra Kammerevert concluded the meeting thanking all participants for their expertise and welcomed the excellent work done by the Centre for Media Pluralism and Media Freedom (CMPF). She agreed about the importance of working conditions but also the need for more training, access to documents, protection of sources and everything that was mentioned to create a framework for critical independent journalism. “An early warning system” would be very useful for MEPs”.

The same day, the EFJ was also invited to another conference organised by the United Left about Alternative Media Landscape in Europe. Many journalists from Italy, Greece, Portugal, Spain and Turkey presented their views about new perspectives of independent journalism. WikiLeaks Founder Julian Assange also expressed himself via video-conference about the new momentum given by media like El Diario or Pagina99: “The new political vibrancy we are seeing in the US, in Greece, in Spain, is coming precisely because the internet is breaking down the traditional gate keeping function of the established press” he says. MEP Barbara SPINELLI discussed the importance of local journalism citing the example of lack of knowledge about communes like Molenbeek or the Paris suburbs.

MEPs including Curzio Maltese and Stelios Kouloglou discussed the importance about funding for journalism as a public good.