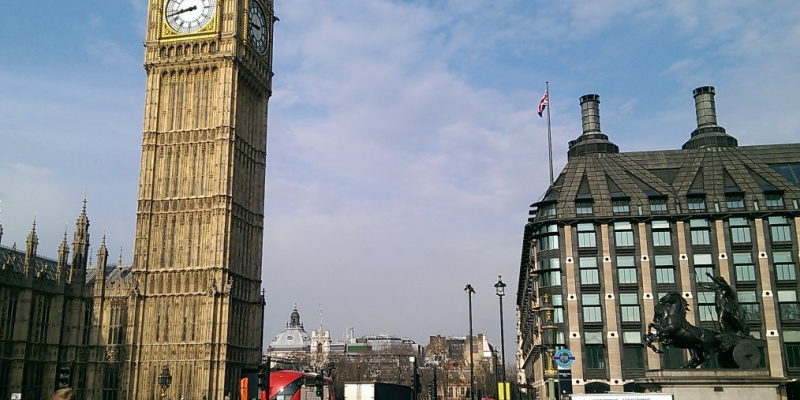 Independency of media in the so-called partnership countries from Caucasus to Belarus, Ukraine and Moldova was on the agenda 11th April 2016 at a conference set up by the Council of Europe, hosted by UK Parliament at Portcullis House. I was on the speakers list and should deliver a speech about public broadcast. I emphasized and repeated what a previous panelist has said, that it is important to explain that state media is media of the past, while public service media is of the present time. Parts of my speech follows here:

The total control of all state media is a rather common choice in the Eastern Partnership countries. This is also the heritage from the communist era, and all politicians are well aware, that 90 per cent of the population get their information through TV and state radio. Yes, we see a large number of private radio and TV, but most of them concentrate on entertainment while it is the state media taking care of news and information.

A way to deal with media development is to ensure media pluralism via media support. Unfortunately, all stakeholders like the government, the media themselves and the people often misinterpret how to deal with a state supported media landscape. Why?

Spotlight on the six partnership countries
Having a look at the situation in the Eastern Partnership states, we can see concerns, but also progress as in Ukraine: During the Maidan revolution february 2014 the state television did not report the conflict and killings. Now, Ukrainian politicians have realized that state TV and public broadcast has a duty to report – also to report independently. Today, the two Danish TV public broadcasters, DR and TV2 provide the Ukraine public TV with know how in developing an independent TV-station in a media landscape trying the third way I mentioned a short time ago.

In other countries as Armenia in 2002, a popular private TV channel A1+ lost its license because of its critical reports. Regardless of the decision from the European Court of Human Rights, Armenian politicians seem continuously trying to control other sections of the media after taking full control of classical state owned media.

In the republic of Moldova the oligarchs privately own the biggest media, while the state channel has declined due to a situation with rapidly shifting governments.

In Belarus, where citizens get independent TV from Belsat sent from Poland. It seems to have a significant share of viewers and listeners. In Belarus the restrictions on media and journalists are still violating independency.

Azerbaijan: The governmental control of media is total, and they do not allow any attempt of media freedom. Journalists, opposition politicians, human rights activists risk long jail sentences if they pursue attempts to have a media free from political control. Though we recently have seen release of jailed journalists and activists through presidential pardons, we have not yet seen a sign of a real change in policy. Today, a prominent investigative journalist Khadija Ismayilova and three other colleagues are still in jail in Azerbaijan.

In Georgia, there should be an environment for more independent media, but also in that country we see attempts of control not only on public media but also private media. One of the tools is the placement of public ads which has an impact on the media. Though there is a commitment from Georgia to improve the situation.

When we urge better conditions for free and independent media with particular emphasis on public service broadcasters, it is important to show and give examples. Unfortunately this is not always the case:

Look at Poland, where a new interim media law violates the principle of keeping at arms’ length as the Treasury Minister himself now has the power to fire and hire the management of the Polish broadcast media. In fact, this is a continuation of a long tradition having biased public media, but that does not justify a change in legislation as we see it now. On the contrary to show a good example, the government should create laws ensuring media freedom.

When we share opinions, developments can be difficult to find; but when our opinions are divided – and we allow that, we can develop our democracies. For that, public broadcast is a creative tool.

During the debate I emphasized that beside the challenge from the state public broadcasting should be better to understand the changing environment and stay on top in the innovation of solutions – together with and in full respect of private media.

The European Union and the Council of Europe, together with civil society organizations, by a more comprehensive attention to media pluralism and the role of public broadcasting followed-up by resources for capacity building in the Eastern Partnership countries should be able to create a wiser and better transition period than we have seen in the past. Learned from the past we should be able to build a better future – together.