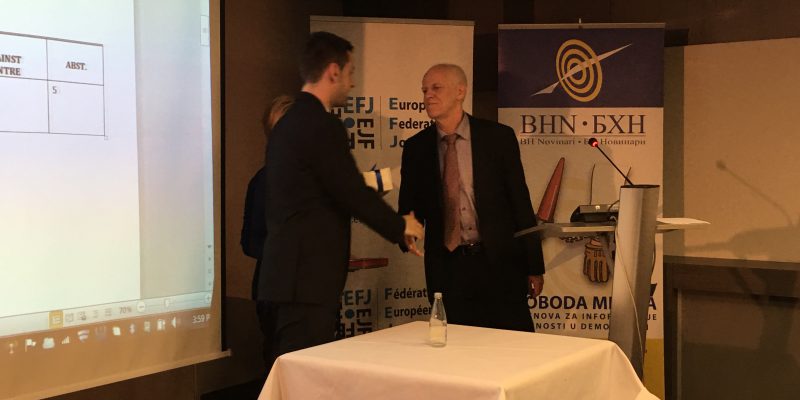 It is inadmissible and of utmost concern that attacks against journalists stay unpunished. EFJ calls upon competent authorities in BiH to urgently investigate these cases and process them. The EFJ supports its colleagues from the BiH Journalists Association in their fight to protect the fundamental rights of journalists to freedom of expression, dignity of reporting in safe environment.

The EFJ supports the efforts to strengthen the joint activities of BiH journalists aiming at protecting their social status. Journalists in BiH are part of European family of journalists, and they are entitled to work in dignified conditions in line with European standards, to organise trade unions and foster Social Dialogue.

In particular, the EFJ supports the efforts to keep public RTV services operational, and we support their stable development in BiH since public media are required for the development of democracy and protection of public interests in any society, but also a tool to promote the most professional and ethical standards of journalism.