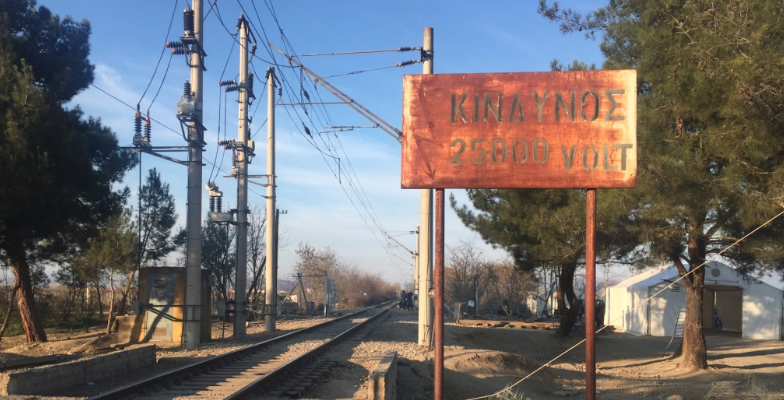 
The European Federation of Journalists (EFJ) is strongly supporting the initiative of its affiliate in Greece the Journalists’ Union of Macedonia and Thrace Daily Newspapers (ESIEMTH) – who drafted a proposal for the adoption of the Anti-racism Ethics Code of the Greek journalists called The Charter of Idomeni, in the name of the border control village where thousands of refugees are passing through to reach Northern European countries.

The aim of the charter is to preserve the social role of journalists in the conditions created by the presence of refugees, migrants, minorities and socially vulnerable groups in Greece, discourage and denounce climates of intolerance, guarantee the right to freedom of expression and press freedom and the rights of refugees and provide journalists with conditions of voluntary commitment in performing their duties. The full draft with 11 articles and pratical advices for local and foreign journalists covering the migrant issues still needs to be endorsed by the Panhellenic Federation of Journalists’ Unions (POESY) and is open to propositions. The draft has also received the support of the Italian NGO Carta di Roma.

Proposal for the adoption

The Anti-racism Ethics Code of the Greek journalists, hereinafter called «Charter of Idomeni» -in the name of the thousands of refugees passing through the region of Idomeni-, is derived from the Code of Professional Ethics and Social Responsibility of the Panhellenic Federation of Journalists’ Unions (POESY) and the Journalists’ Union of Macedonia and Thrace Daily Newspapers (ESIEMTH) and in particular Articles 1 , 2, 3, 7 and 8 thereof, the Charter of Rome and the journalists ethics codes of Belgium and the Netherlands.

The Charter of Idomeni aims to:

Preserve the social role of journalists in the conditions created by the presence of refugees, migrants, minorities and socially vulnerable groups in Greece.

Discourage and denounce climates of intolerance, xenophobia and racism, which lead to discrimination and persecution on grounds of origin, religion, language, gender and/or political affiliation

Guarantee the right to freedom of expression, press freedom, and the rights of refugees, migrants, asylum-seekers and generally defenseless social groups, in accordance with the principles of international law, the Universal Declaration of Human Rights, the European Convention on Human Rights and the Treviso Charter on protecting the rights of children and minors in the media

Provide journalists with conditions of voluntary commitment in performing their duties.

Article 1. Journalists have an obligation to behave towards all citizens, nationals and foreigners, in accordance with the principles of equity and fairness, without discriminating on the basis of ethnicity, country of origin, religion, gender, race, language, political belief, economic situation or social status.

Article 2. When photographing, shooting and/or interviewing refugees, migrants, victims of trafficking and generally defenseless social groups, the journalist should always request in advance the consent of the subject may s/he be a refugee, migrant or trafficking victim so as to avoid violation of privacy and offending the self- esteem and personality of the person being photographed or depicted on camera.

Article 3. In all cases journalists are obliged to maintain the anonymity and conceal the identity of those defenseless social groups who choose to be interviewed and show their image in the media. Disclosing the identity of refugees, asylum-seekers, migrants and victims of trafficking may result in acts of retaliation against the subjects and their relatives in their country of origin, which acts may be committed by state or non-state officials, or even by criminal organizations. Moreover, subjects coming from different social and cultural environments may not be aware of the dynamics of world events and may not comprehend the impact of their appearance in the media.

Article 4. The image depiction of children and/or minor refugees may indeed sensitize public opinion on their plight, but it also entails the risk of subjecting them to targeting and exploitation by individuals and criminal organizations. In every case, actions that may compromise and/or disrupt the emotional well-being of minors should be avoided. Journalists should consult with experts and NGO officials working with refugee children and, concurrently, should strive to highlight the problem through analyses and specific facts that illustrate the essence of the problem.

Article 5. When describing events involving socially vulnerable groups, journalists should refrain from the use of stereotypes, generalizations, oversimplifications, biases and derogatory characterizations, even if they reflect the popular sentiment.

In the articles, as well as in titles, journalists are obliged to use the appropriate terminology as designated by national and international law (refugees, asylum-seekers, victims of trafficking, displaced, beneficiaries of humanitarian protection, immigrants, etc.).

The style, content, language and tone of the news story or broadcast when conveying and recording news should aspire to attenuate differences and not aggravate them. Given that cultural diversity enriches society, the right to be different must be respected.

Article 7. In the journalistic word, written and verbal, the subject’s country of origin, ethnicity, religion, culture, are mentioned only when absolutely necessary, i.e. only when it is clear that the use of one or any of the above data is crucial for the story’s documentation.

Article 8. Given that the Greek state only recognizes the existence of the Muslim minority, while Greek and international NGOs argue that there are ethnic, linguistic and religious minorities in Greece who are subjected to discrimination, the media should approach them with sensitivity and due respect to their rights.

Article 9. Particular attention should be given when indicating figures, statistics and events relating to the presence of refugees and migrants in Greece.

Article 10. In news stories concerning refugees and migrants, the points of view of the individuals involved should be sought and reported, even if they do not know the Greek language.

1. The journalist shows his/her press card or authorization letter from his media employer at the entrance of the refugee camp. There shall be no entry ban enforced upon journalists and there is no requirement for obtaining authorization from the central administration of the Ministry of National Defense or any other ministry.

2. The journalist is informed on the operation rules of the camp.

3.      The journalist is also briefed on what s/he should be careful of, i.e. voluntary commitment. The journalist receives a copy of the Charter of Idomeni (translated in English and Arabic for foreign journalists) and signs for the receipt thereof. This process also provides for a list of incoming journalists. (The Charter of Idomeni will have to be adopted by the Journalists’ Unions and the Panhellenic Federation of Journalists’ Unions in order to acquire greater weight).

4. The journalist is accompanied by a staff member (provided there is sufficient staff) or a volunteer during the course of the visit. The volunteer may be a member of an NGO and/or member of the Journalists’ Union that can function as a fixer. There is no involvement of the staff member or volunteer in the interviewing and/or shooting process, which is conducted in the realm of the journalist’s voluntary commitment.

5.      The Observatory for Racism and Xenophobia (provided it is established under the present proposal) will monitor the process on a daily basis in order to note any given infringements and violations of the Ant-iracist Ethics Code.

This initiative of the Journalists’ Union of Macedonia and Thrace Daily Newspapers (ESIEMTH) has received the support of the European Federation of Journalists (EFJ) and Carta di Roma.