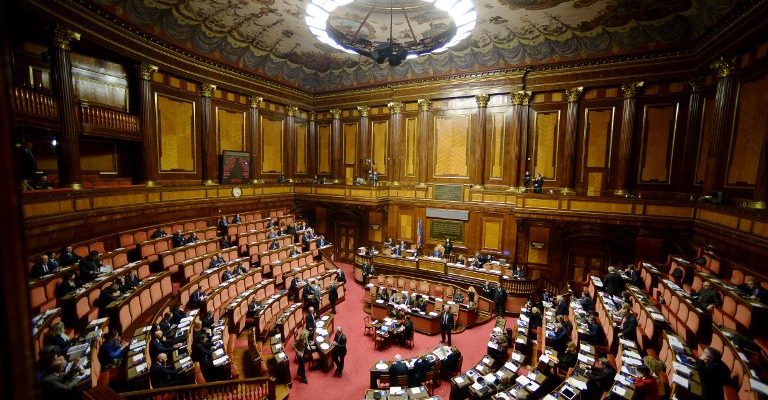 
The International and European Federations of Journalists strongly condemn the draft amendment to the Italian Penal Code which will increase the criminal penalties for those accused of defamation against members of the political class, the judiciary or public administration. The EFJ and its Italian member, FNSI, call on Italian authorities to decriminalize defamation. The EFJ and IFJ have submitted today an alert on the issue on the Council of Europe of the Platform for the Protection of Journalism.

A committee of the Italian Senate voted unanimously on 3 May 2016, a draft amendment to the Penal Code which will increase the criminal penalties for those accused of defamation against members of the political class, the judiciary or public administration. The draft law will soon be submitted to the Senate for adoption. Specifically, the text envisages raising the maximum sentence from 6 to 9 years in prison, if the defamation concerns a politician, a judge or a public servant.

The bill was denounced by the Italian Order of Journalists, the Italian Federation of Journalists (FNSI) and the NGO Ossigeno per l’Informazione, which recall that another draft bill, introduced in 2012 proposed outright decriminalisation of defamation.

In 2013, the OSCE Representative on Freedom of the Media, Dunja Mijatović, addressed a letter to the then Italian Foreign Minister Emma Bonino, to remind her of the case-law of the European Court of Human Rights, which considers that prison sentences for defamation are a disproportionate sanction and a threat to democracy.

The IFJ and the EFJ hold firmly to the principle, which has been established in rulings by the European Court of Human Rights, that those who hold high public office should not enjoy additional protections in law but instead should be prepared to accept a higher level of criticism than others.

“In a true democratic state, nobody should incur prison sentences for what he writes or what he says,” commented the General Secretary of the EFJ, Ricardo Gutiérrez, who notes that the libel prosecution of reporters are increasingly common in Italy.

The OSCE recalls that in September 2012 the Italian Supreme Court confirmed the conviction of the editor of the daily “Il Giornale”, Allesandro Sallusti, to 14 months in prison for defamation. This criminal sanction was later annulled by the President of the Republic, Giorgio Napolitano.

In May 2013, journalists Andrea Marcenaro, Giorgio Mulé and Riccardo Arena were also condemned by the Milan Justice to prison sentences for defamation following the publication of an article on the Palermo magistrate Francesco Messineo, in the weekly “Panorama” in 2010.