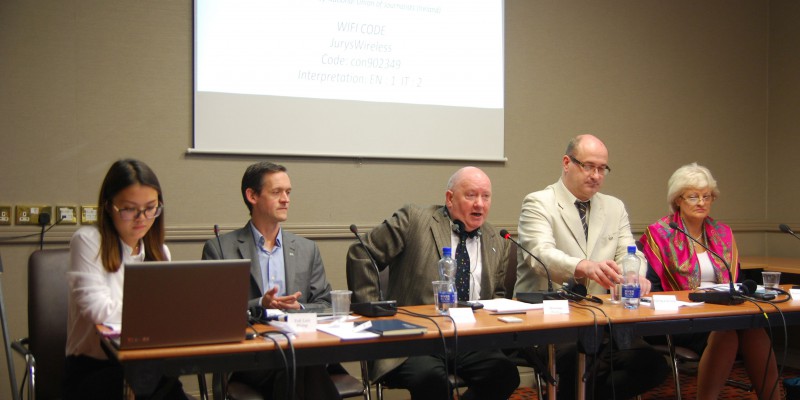 
The European Federation of Journalists (EFJ), joining its affiliate in Ireland the National Union of Journalists, is welcoming the decision of the International Labour Organisation (ILO) to challenge Ireland’s failure to treat freelance workers in accordance with the rights enshrined in the organisation’s convention.

Following a complaint by the Irish Congress of Trade Unions (ICTU) the Irish government faces questions at the ILO assembly in Geneva about the treatment of freelance workers, who are denied the right to be collectively represented by unions as a result of the actions of the former Competition Authority in Ireland.

The complaint was lodged with the support of the NUJ and the Services Industrial Professional and Technical union (SIPTU).

In a separate, significant development in Dáil Éireann on Wednesday night, the Parliament unanimously backed a Labour motion requiring the new minority government to bring forward a suite of labour law reforms, including legislation to restore collective bargaining right for freelance workers.

For more than a decade we have been fighting to defend freelance workers against the abuse of competition law. To view all freelance workers as ‘undertakings’ and freelance agreements as ‘price fixing by cartels’ is simply wrong. Successive governments have failed to honour agreements made in the national agreement Towards 2016 and the country is now under the international spotlight. Under that agreement vulnerable workers were to secure exemptions from competition law. The promised legislation never emerged and it’s about time the ILO called Ireland to account.

The EFJ and its Freelance Expert Group (FREG) have been fighting at European level for the right to engage in collective bargaining for freelance journalists.

Photo Credit: Seamus Dooley speaking about freelance rights for being represented by unions during EFJ project on Rights and Jobs in journalism – EFJ