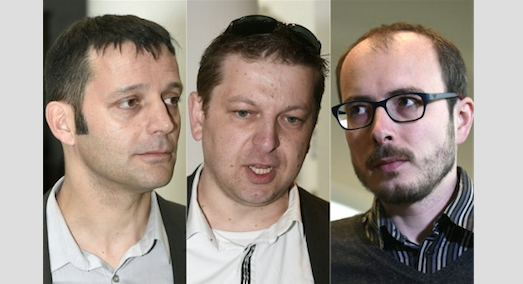 Judges in Luxembourg delivered today (29/06/2016) a verdict in LuxLeaks case related to the prosecution of two whistleblowers and a journalist for disclosing confidential documents from auditing firm PwC that showed how 340 multinational companies used secret tax deals to avoid paying into the public coffers. A European Parliament’s study estimates that EU countries lose 50 billion to 70 billion EUR in tax revenue every year, due to corporate income tax avoidance.

“First of all, those whistleblowers and our colleague journalist Edouard Perrin shouldn’t have been prosecuted at all by the national authorities because they totally acted in the public interest by revealing secret tax deals having enormous financial impact on public fundings. We are of course satisfied with the acquittal for Edouard Perrin, the investigative journalist working for Le Monde but we are also extremely unsatisfied with the suspended jail sentence against the two whistleblowers as journalists sources are being severely punished. The European Parliament has been asking repeatedly to the Commission for a European protection for more than 10 years. After this trial and also the heated debate around the adoption of the trade secrets directive, it’s now urgent to work on a directive to protect whistleblowers and concrete proposals are ready at the European level”.

“The judges have clearly decided to protect the interests and reputation of multinational companies that allegedly avoided taxes rather than the interest of public to be informed about wrong-doings. This decision will surely discourage potential whistleblowers. This judgement shows that much needs to be done for a strong legal protection of whistleblowers at the European level.”