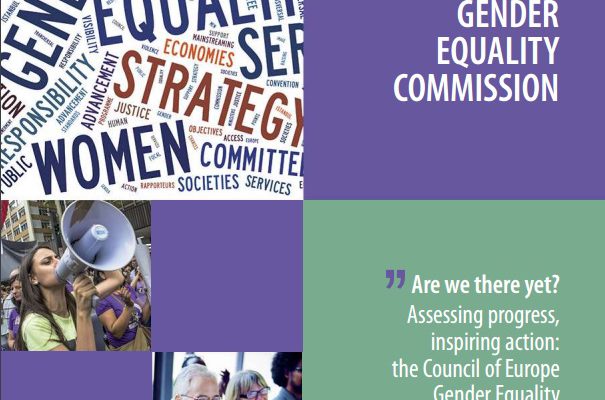 
Anonymity of perpetrators, attacks across borders and a lack of police awareness and reaction are among the obstacles to properly tackle cyberbullying. The Council of Europe’s conference on gender equality “Are we there yet”  held in Tallinn, Estonia, on 30 June and 1 July was an occasion to hear from various experts on how best to tackle cyber-bullying alongside a range of other key topics, including better access to justice and leadership, stereotypes in the media, sexist hate speech and gender mainstreaming.

Social media offer incredible opportunities for women to express themselves. But there is also a downside to it. Online harassment was heavily discussed in Tallinn as it affects women across all sectors, and affects girls in particular. It impacts on women’s self-esteem and strongly affects free speech. It also has a chilling effect on witnesses who would otherwise participate in the public debate.

Women journalists pay a particularly high price online. According to a recent survey conducted by The Guardian  in the UK, 8 out of 10 of its most abused writers are women.   “Imagine going to work every day and walking through a gauntlet of 100 people saying ‘you’re stupid’, ‘you’re terrible’, ‘you suck’, ‘I can’t believe you get paid for this’, says Jessica Valenti, a Guardian writer in the newspaper’s report.

“The police should take proactive steps to prosecute,” said Barrister Charlotte Proudman, in Tallinn, pointing at the lack of reaction of the British police when they found out that her online aggressor lived outside the UK.

The slow reaction of social platforms such as Facebook in removing offensive comments against girls and women was strongly condemned.  The possibility of terminating the accounts of those trolling women was also considered as an option. “Facebook and Twitter have to take their responsibility seriously and cannot take cover through freedom of speech,” said UN Women Deputy Executive Director Lakshmi Puri.

The European Center for Press and Media Freedom (ECPMF) also established a reporting point for female media workers. Threats can be reported via encrypted messaging. While ensuring full confidentiality of reporting, the ECPMF also hopes to “make the scale of attacks against journalists visible”. The cases are logged in a database – with details of the woman’s identity removed in order to protect her – as a basis for an analysis to illustrate the scale of the problem across Europe.

Changing mindsets and attitudes in the media is part of the problem and part of the solution. The Global Media Monitoring Project (GMMP) 2015 has shown that no progress has been made in the past 5 years in the way women are represented in the news. They still make up just 24% of the people seen, heard or watched in the news, too few appear as experts and not enough female reporters cover “hard news”.

“News influences the public’s view on gender,” said Pamela Morinière, EFJ representative in Tallinn. “The lack of presence of women in the news is closely linked to the lack of gender culture in the newsrooms.”

“We won’t change the challenge of gender inequality in the media by just being silent or complaining,” said Slovenian journalist Nataša Briški, “We need to focus on what works.”  Co-founder and CEO of the media network “Meta’s list”, she claims that they “hire only talented people” irrespective of gender. And women make up 45% of their contributors.

What can be done to counter cyber-bullying? Journalists unions have an important role to play in helping abused colleagues speak up. Media organisations must also find a better way to moderate comments and immediately take down remarks that contradict their media community rules. In the medium term, the implementation in the Council of Europe’s member states of the Istanbul convention  on preventing and combating violence against women and domestic violence  would force states to fully address it in all its forms, take concrete measures to prevent violence against women, protect its victims and prosecute the perpetrators.