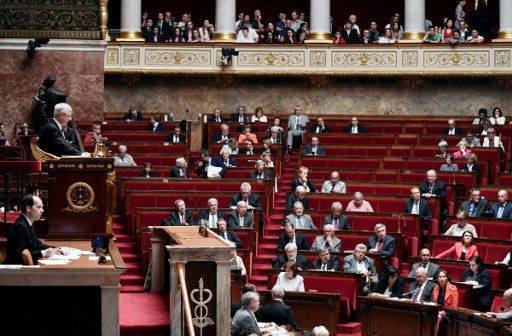 Submitted a few hours before the new reading of the proposal to strengthen the freedom, independence and pluralism of the media, the amendment foresees to restrict the protection of journalists’ sources when they violate the “secret of national defence” and “the fundamental interests of the Nation.” This extension is considered “indispensable” because of the “current context” according to the text.

However, two other similar amendments were rejected, including the one which foresaw to remove the “exceptional basis” for the use of journalistic sources.

“The SNJ, largest organisation representing journalists in France, warns all advocates of civil liberties against this serious blow to the right to inform and to be informed. The SNJ deplores that the government will stop at nothing to try to silence a profession whose only goal is to inform citizens”, one can read in their press release.

“Once again, added the SNJ-CGT, President François Hollande does not respect his commitments, as a law on protection of sources was put in his electoral programme (51e proposal).”

The proposal will be submitted to the Senate in September. Both unions call on senators not to vote the text in order to guarantee press freedom. An alert was submitted to the Council of Europe’s platform for the protection of journalists.