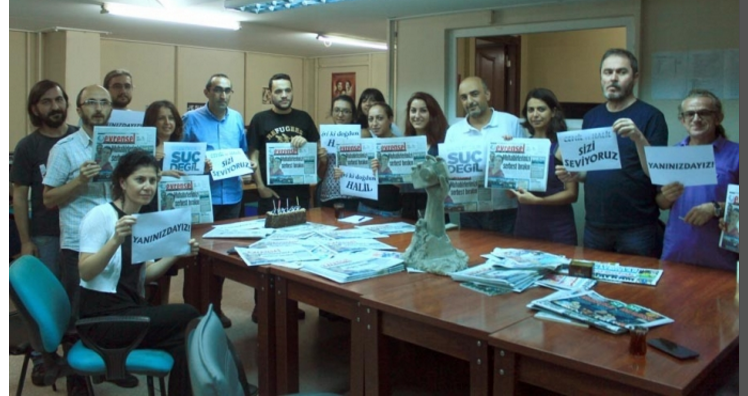 
The European Federation of Journalists (EFJ) is backing the urgent call of his affiliates in Turkey (TGS & TGC) demanding the immediate release of Turkish journalists Cemil Ugur and Halil Ibrahim Polat detained since end-August 2016 at the province of Mersin (Turkey) while reporting for the daily newspaper Evrensel.

According to their lawyer, both journalists still in detention under the state of emergency “are exposed to insults and threats in prison” and the local police refuse to give further details about their situation.

The EFJ and its affiliates are strongly concerned about the situation of journalists, the length of their detention and the alleged threats and insults used against those reporters and media professionals arrested on duty. “Journalism is not a crime and journalists are reporting for the public’s right to have access to reliable information. Turkish authorities must immediately release our colleagues Cemil Ugur and Halil Ibrahim Polat and investigate the alleged threats used during their detention”, said the EFJ.