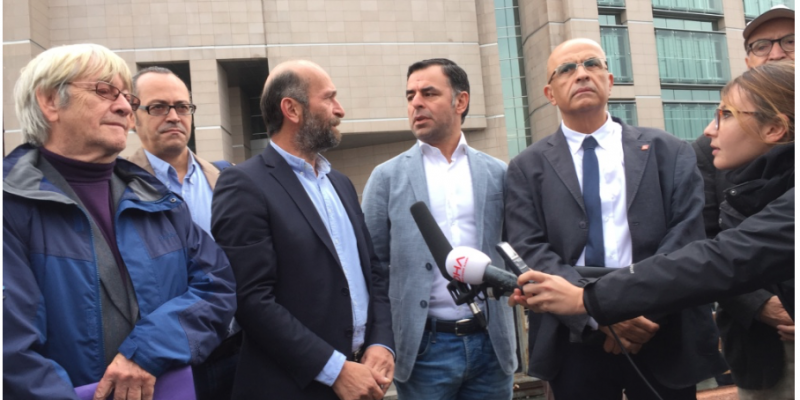 “When one equals five ! We initially came to Istanbul to observe one press trial where Ayse Düzkan and Ragip Duran are being prosecuted. We ended up with another four cases involving over 15 journalists. An attack against one of us is an attack on all of us ! We will continue to follow all the cases offering our solidarity and support. We are asking people in Turkey and Europe to support journalism and democracy because both are under serious threats”, said Barry White (EFJ-IFJ).