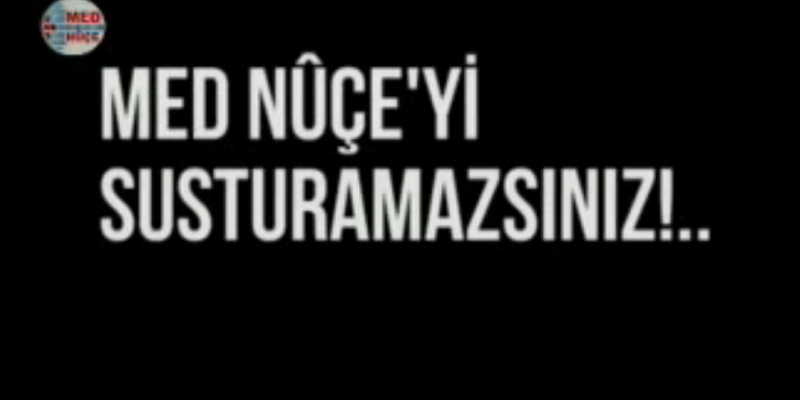 The European Federation of Journalists (EFJ) has learn today (30/09/2016) that Eutelsat SA, the French satellite provider hosting over 6000 televisions channels, is planning “to remove immediately”  Med Nuçe TV, a Kurdish language television broadcasting from Belgium, from its transponder because “the content is not in line with public order directives of the term’s between us as well as with the laws which regulate TV distribution in Europe and surrounding countries”.

According to EFJ sources, Eutelsat SA has received pressure from RTÜK (Turkish Radio Television Supreme Council) to remove the signal of Med Nuçe TV considered as pro-PKK television by Turkish authorities. The request follows the illegal banning by Türksat, on government’s request, of around 20 opposition channels and radio stations under the state of emergency situation.

“We are sending this message to Rodophe Belmer, Eutelsat CEO, to maintain the signal of this Kurdish Med Nuçe TV in order to protect media pluralism and respect Kurdish people’s right to access information. We don’t have to agree with the political content of the channel but they have the right to express their view in a democratic society. The content of this channel is fully respecting public order directives and Eutelsat should not help Turkish authorities in their media violations”, said EFJ in a statement.