Internet freedom around the world declined in 2016 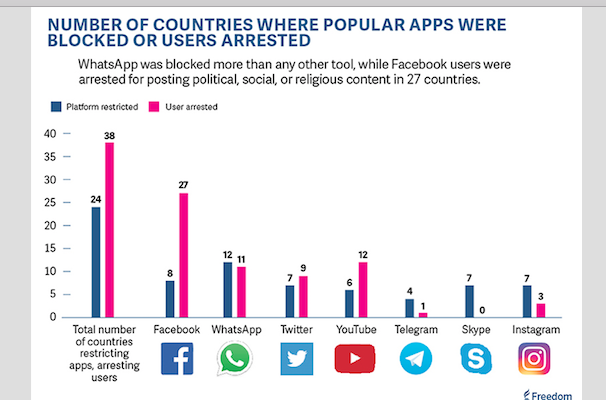 Freedom on the Net 2016 report published by Freedom House :

•Internet freedom around the world declined in 2016 for the sixth consecutive year.

•Two-thirds of all internet users – 67 percent – live in countries where criticism of the government, military, or ruling family are subject to censorship.

•Social media users face unprecedented penalties, as authorities in 38 countries made arrests based on social media posts over the past year. Globally, 27 percent of all internet users live in countries where people have been arrested for publishing, sharing, or merely “liking” content on Facebook.

•Governments are increasingly going after messaging apps like WhatsApp and Telegram, which can spread information quickly and securely.