German journalists concern over media concentration due to newspapers takeover 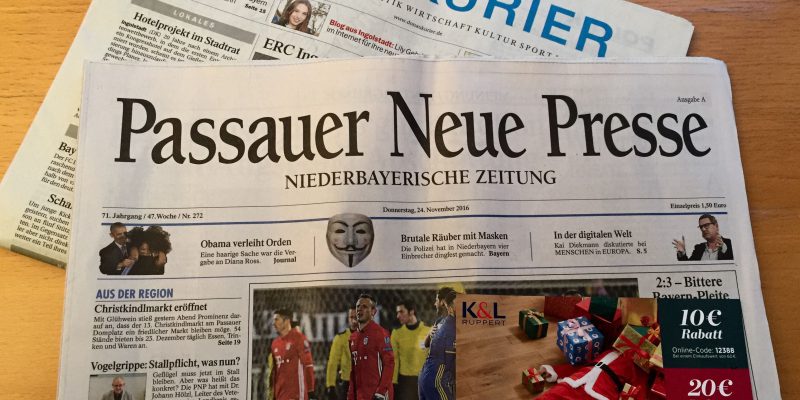 
Journalists and their unions in Germany expressed concerns over the sale of newspaper Donaukurier to the larger publishing house Passauer Neue Presse (PNP). The Bavarian Journalists’ Association, a member of the German Federation of Journalists (DJV) warned that the deal will result in further media concentration and uncertainty for the journalists  working at both Donaukurier and PNP.

In response to this development, the journalists’ unions in Germany including DJV, (dju) in ver.di and BJV will organise a protest on Saturday 24 November in the Passauer Fußgängerzone, Bahnhofstr. 2-4 (in the City Gallery).

The European Federation of Journalists (EFJ) supports the action of its German affiliates and their demand for fair and decent working conditions.

In recent years, PNP had acquired many news titles including Trostberger Tagblatt, Traunreuter Gazette and Südostbayerische Rundschau , the Reichenhaller Tagblatt and the Freilassinger. PNP is now controlling newspaper tittles with a total circulation of 240 000 copies.