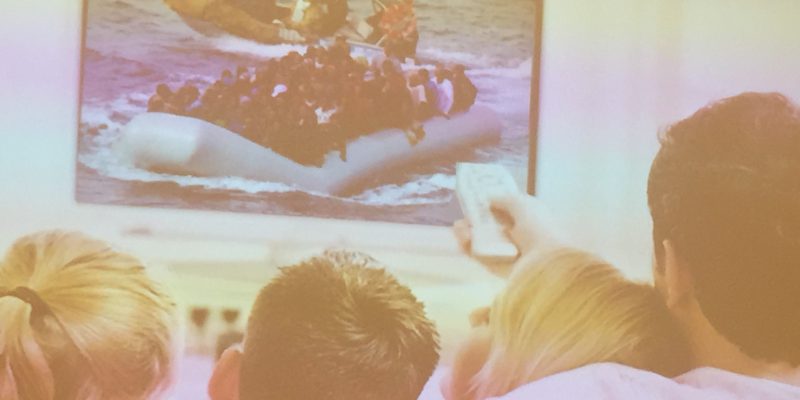 
The European Federation of Journalists (EFJ) has been invited by the European Economic and Social Committee (EESC) to attend the 10th edition of the Civil society media seminar held at the Diplomatic Academy on 24-25 November 2016 in Vienna. The seminar gathered over 190 experts (policy makers, journalists, social workers, law enforcement officers, refugees, professors) and was dedicated this year to the topic “Communicating Migration”.  EESC President Georges Dassis said :”Europe’s reconstruction is greatly due to migrants’ contributions. Over the past two years, media have played a big role in our perception of the migration flows. It is thus necessary to mention the benefits that migrants have brought to Europe.” 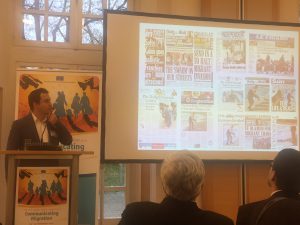 Rafal Zaborowski from the London School of Economics and Political Science presented an exclusive study on media coverage of migration issue in 2015 by analyzing over 1.200 articles published in 8 EU countries and Arab-European press. By focussing on July (Hungary vs Merkel), September (death of Aylan Kurdi) and November (Paris attacks), the media coverage evolved from careful tolerance (Merkel) to ecstatic humanitarianism (Aylan) and ended with fear and militarisation (Paris). One of the most striking figures shared in the study underline how the media identify the refugees/migrants in their reporting : by profession (7%), by name (16%), by gender (24%), by age (27%) or by nationality (62%). “The figures indicate a trend to dishumanised the people and show them as the others oppose to the locals”, said the professor. Another report by Finish Institute was also supporting the same critical conclusions. M. Zaborowski ended his presentation with 3 recommendations : new trainings for journalists covering refugees, training to include more refugee’s voices in reporting and professional aid to support and facilitate access to refugee camps for journalists.

Michael O’Flaherty, the Director of the EU Agency for Fundamental Rights, explained the work done by his agency and shared his practical tips for journalists covering migration.