Turkey: Organising journalists under the state of emergency 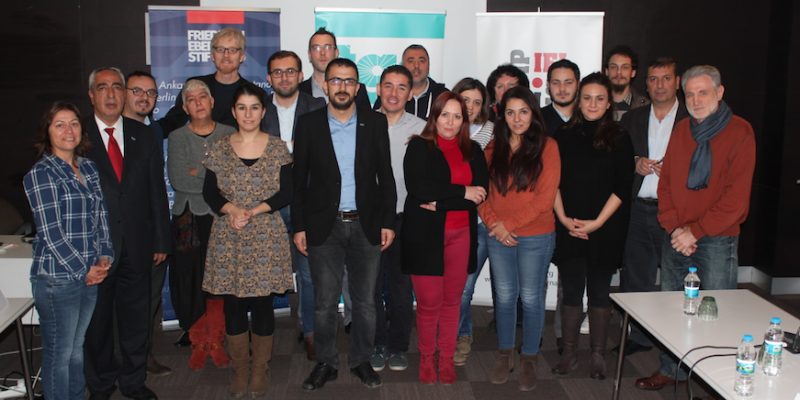 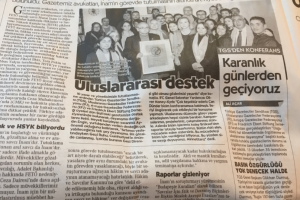 The regional meeting of EFJ-IFJ affiliates from the Balkans and Eastern Europe successfully took place in Istanbul on 29-30 November 2016. The meeting was hosted by the Journalists Union of Turkey (TGS) and the Istanbul office of the Friedrich Ebert Stiftung (FES) who are financially supporting the event with the Swedish Union To Union global trade union programme. The gathering of more than 10 international journalists representatives showing solidarity under the state of
emergency with so many journalists in jail (over 120), under prosecution (thousands), without job (over 10.000) was

warmly welcomed by the colleagues and local media.

The event has primarily focused on overcoming the obstacles to Freedom of Association for recruiting members and protecting them and our union activists and leaders from intimi dation from union hostile employers or state authorities. The programme also take the opportunity to focus on the current ‘post-coup’ environment in Turkey and the current oppression against journalists across the country. A solidarity visit was organised to Cumhuriyet daily newspaper where the delegation had the opportunity to meet the wives of arrested journalists.

At the end of 2-day conference, the participants adopted the following conclusions 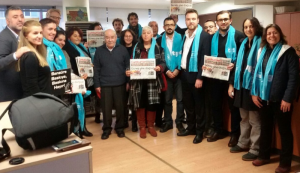 Organising Under the State of Emergency

Journalists from across the Balkans and Eastern Europe met in Istanbul to discuss the status of journalism in the region and in Turkey in particular.

The country suffered a terrible assault on its democratic institutions the night of the 15th July 2016 when parts of the military sought to forcibly take over the country. In doing so over 200 people were killed, the parliament was bombed, media were raided and journalists forced to read out statements at gun point. This action, we journalists condemn unreservedly.

Since the 15th July however, the country has witnessed an unprecedented backlash against the independent media as the government has sought to suppress opposition voices by labelling dissenting journalists as potential coup plotters or terrorist sympathisers. In the following months

Such is the range and depth of the assault on the media that these figures are changing on an almost daily basis and subject to constant revision.

We thank the staff of the Cumhuriyet newspaper and wives of arrested journalists for welcoming participants to their offices following the raid in October that has seen the imprisonment 10 of their most senior staff members including journalists, media workers and lawyers.

Journalists unions across the region stand in solidarity with all their colleagues in Turkey, praising their courage, their resilience and their readiness to stand up for their principles. Their struggle is our struggle.

We, representatives of sister affiliates of IFJ-EFJ from across the region pledge to campaign on your behalf by

Finally we thank the members of the Journalist Union of Turkey (TGS) for hosting the event and all those who continue to organise and support their members at often great personal risk under this state of emergency.