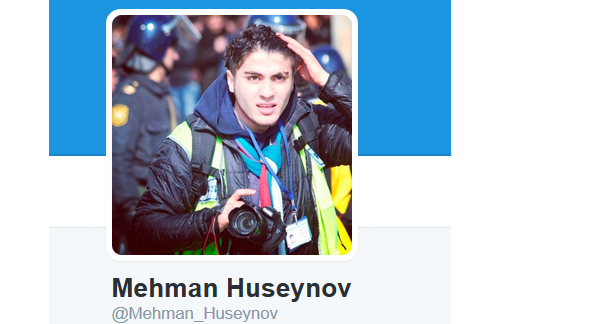 
UPDATE (13 April, 2017) – Blogger Mehman Huseynov’s appeal was rejected on 12 April by the Baku court of appeals, according to media reports. He was sentenced to two years in prison on defamation charges, because he accused the police of having tortured him following his arrest in January 2017. Huseynov’s lawyer Elchin Sadigov said they will file an appeal to the supreme court.

On 9 January 2017, Mehman Huseynov, a blogger and journalist, was detained in Central Baku (Azerbaijan) by plain clothed police officers and held incommunicado overnight, allegedly for the violation of administrative rules. Mehman has reported that while in police custody, police placed a sack over his head and used force against him.

On 10 January, he was taken to Nasimi District Court, where he was tried on charges of disobeying the police (Article 535.1 of the Code of Administrative Offences), which carries a sentence of up to 30 days in jail. According to the EFJ affiliate in Azerbaijan, the Journalists’ trade union (JuHi), the police report states that a citizen of Baku complained to the police that Mehman Huseynov insulted him. The policeman wanted to interrogate him but Mehman Huseynov refused to comply. Finally, the Court released him five hours later with a fine (approx. 100€).

Huseynov is well known for his investigative journalism, focused on corruption among the Azerbaijani elite. Most recently, he had posted pictures online of luxury properties, which he said were owned by government officials. He has long been subject to pressure by the authorities, and has been under a travel ban for several years.

The case was submitted to the Council of Europe platform for the safety of journalists.