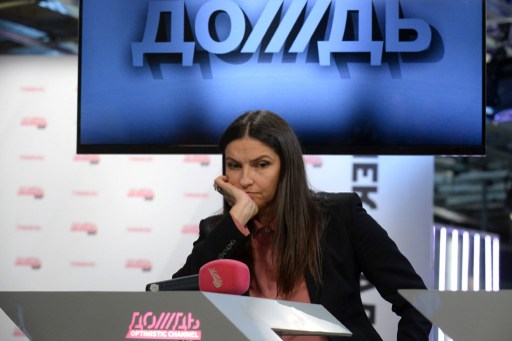 
On 12 January, the National Radio and TV Council (NRTC) of Ukraine voted unanimously to cease the retransmission of the Russian TV Channel Dozhd (Rain), following TV reports showing Crimea as part of Russia. The European Federation of Journalists (EFJ) joins today the OSCE Representative on Freedom of the Media Dunja Mijatović in condemning this decision, which will have harmful consequences for media pluralism in Ukraine.

According to a press release posted on the council’s website, the ban was justified by the recent broadcasting of films and reports questioning the sovereignty of Ukraine’s boders. NRTC member Serhiy Kostynsky added that Dozhd’s depictions of Crimea as a Russian republic had spurred the decision, but that the station had also repeatedly violated Ukrainian advertising laws by promoting Russian companies throughout 2016.

In response, Dozhd Director Natalya Sindeyeva explained that Russian law requires the use of maps that indicate Russia’s possession of Crimea. She also claims that the channel had not received any official notice of non-compliance from the Ukrainian authorities.

EFJ Vice-President Nadezda Azhgikhina said: “It is really sad news. Dozhd was the last Russian TV channel available for wide audience in Ukraine. One of the very few bridges between the two countries has been destroyed. Today, many young Russians and Ukrainians lost one more option to communicate. This ban won’t help the dialogue between Russian and Ukrainian professional organisations, which have been supported by the EFJ, the IFJ and the OSCE for almost three years.”

The case was submitted to the Council of Europe platform for the protection of journalism.