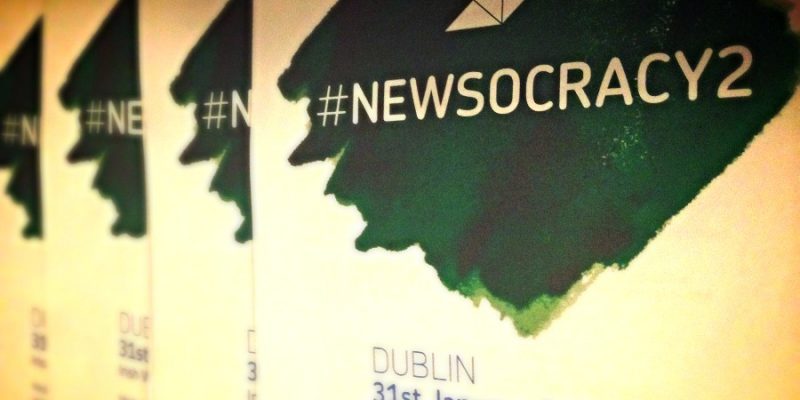 The European Center for Press and Media Freedom (ECPMF) organised on Tuesday 31 its second conference on media concentration in Dublin, Ireland. A day before the conference to which the EFJ, NUJ, the Florence based CPMF, a member of the European Parliament and Irish politician fighting for media pluralism were invited,  the NUJ demanded that businessman Denis O’Brien should be called before an Oireachtas committee in relation to Independent News & Media’s proposed takeover of a local newspaper group. The National Union of Journalists wrote to the chair of the Oireachtas Communications Committee in relation to the proposed takeover of Celtic Media Group by INM. Last November, the Competition and Consumer Protection Commission (CCPC), which polices mergers and takeovers, approved the acquisition, ruling that it “would not lead to a substantial lessening of competition” in the areas of business concerned.

Under the deal with Celtic Media Group, INM would gain control of seven regional newspapers including the Anglo-Celt in Cavan, the Meath Chronicle and the Connaught Telegraph.

Given this background, it did not come as a surprise that the Irish media landscape in the Media Pluralism Monitor 2016 is seen as high risk of concentration when it comes to market plurality. Dr. Roderick Flynn, author of this study said this in his key note speech and added that there is a lack of regulatory safeguards for journalists, not enough political independence and a high risk of concentration when it comes to market plurality. He also outlined the threats coming from ever more precarious working conditions, unfair dismissals  as well as an increase in physical threats against journalists. Elda Brogi from the Center for Press and Media Freedom in Florence, outlined the holistic approach of monitoring media concentration in the EU and applicant countries. Working conditions of journalists are seen as one of the highest risk factors.

Catherine Murphy, TD, Social Democrats, Ireland mentioned the chilling effect for journalists due to the overwhelming O’Brian media empire. She said she was pleased that the NUJ supported the bill on media concentration to be introduced on 8 February in the Parliament. Lynn Boylan, MEP for Dublin, Sin Fein/GUENGL had issued an independent study on the concentration of media ownership in Ireland. The report concludes that “urgent action is taken to reassure journalists, media organisations and the wider public, and to comply with the terms of Article 1& of the Charter of Fundamental Rights and Article 10 ECHR.”

Olaf Steenfadt, Project Director of Reporters without Borders’s Media Ownership Monitor, outlined the global database RSF is working on including from Europe turkey and Serbia.

EFJ Director Renate Schroeder drew the meeting’s attention to the increasing precarious working conditions, lack of resources, self-censorship, media closures and resulting job losses. In giving some recommendations for action that include transparency, editorial independence and a better protection for freelances and other precarious work forms, she also mentioned the need to regulate Facebook and Google as dominant media powers in the world.

” There is an urgent need to adjust regulation given a new media eco-system exist where news seem to have less value than klicks”,  said Schroeder.

NUJ General Secretary Seamus Dooley said that some very good work is still done by journalists and he insisted that the status of journalists must be protected. “The greatest guarantee of editorial independence is each title’s survival” he said.