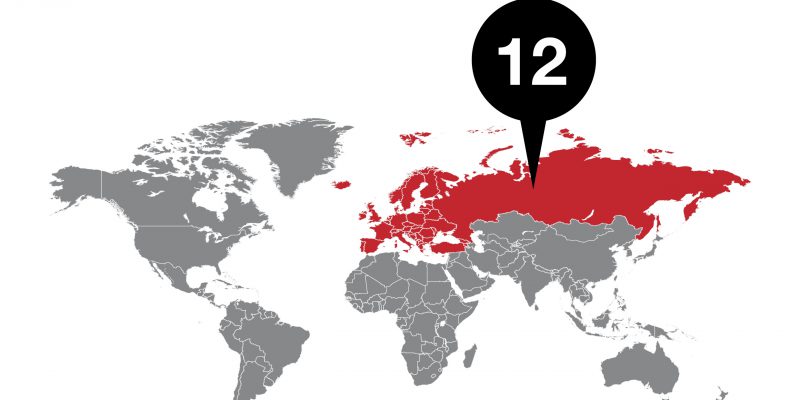 
At the end of each year, the International Federation of Journalists (IFJ) publishes a list of all the journalists and media professionals killed in the course of their work over the previous 12 months. As part of its ongoing commitment to tackle impunity and campaign for greater safety for journalists, the IFJ is publishing The story behind the killings – a in-depth analysis of each region with an explanation of the victims and circumstances of each death.

The report lists details of 93 media professionals killed in work-related incidents such as targeted murders, bomb attacks and crossfire incidents last year, a decrease compared to the 2015 figure of 112 killings. In Europe, IFJ reports 12 journalists died reporting in 2016: three journalists were killed and nine died in a plane crash.

February 24 – Rohat Aktas was covering fighting between the Turkish army and Kurdish separatists in Anatolia for Azadiya Welat newspaper. His body was recovered from the scene of a massacre in the southeastern town of Cizre.

July 16 – Press photographer Mustafa Cambaz was a victim of the violence which followed the failed military coup in Istanbul. According to his newspaper Yeni Safak, he died of a gunshot to the head when soldiers opened fire on the crowds.

July 20 – Journalist Pavel Sheremet was murdered in a cowardly way in a car bomb explosion in Ukraine. Sheremet, a Russian national but originally from Belarus, worked for several years at Ukrainska Pravda, whose founder Georgiy Gongadze was also killed in 2000. The newspaper’s editor told the French news agency AFP that he thought Sheremet was killed for his “professional activity”.

The International and European Federations of Journalists (IFJ-EFJ) have put the fight against impunity for crimes committed against journalists as a priority. Since April 2015,  both Federations have been partners of the Council of Europe’s platform to promote the protection of journalism and the safety of journalists. The database, which is updated in real time, collects and analyses major press freedom violations and enables the Secretary General of the Council of Europe both to officially inform the highest authorities of governments in relevant countries and encourage them to take action. To date, neither Turkey nor Ukraine has responded to alerts about the killings of the journalists.