Alarming : at least 19 new attacks against journalists in Macedonia since 2016 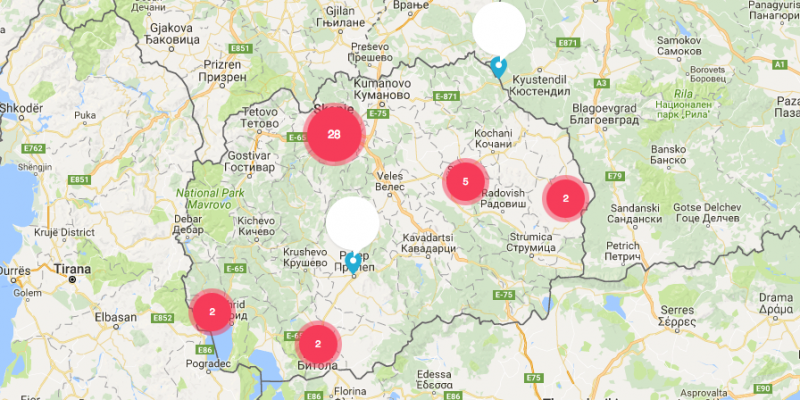 
The European Federation of Journalists (EFJ), the largest organisation of journalists in Europe representing over 320,000 journalists in 71 journalists’ organisations across 43 countries, has received today (24/03/2017) an alarming letter from the WB Regional platform for advocating media freedom and journalists’ safety expressing “deepest concerns at the unprecedented attacks on journalists in the Republic of Macedonia”.

Based on the fact reported by the Regional platform mentioning at least 19 new attacks against journalists since the beginning of 2016, the EFJ is calling Macedonian authorities to take concrete actions to prevent further attacks against journalists and media workers active in the country and start investigations for each media freedom violations reported  in order to combat impunity.
“The monitoring work done by the Regional platform safejournalists.net is an essential sources of information for the general public and the international partners. The work is complimentary to our global monitoring on media freedom violations”, said Ricardo Gutierrez, EFJ Genel Secretary.

In order to encourage a construction dialogue with Macedonian authorities to address this issue, the EFJ will send a representative to Skopje in the framework of his project Journalists’ network for media in Macedonia.