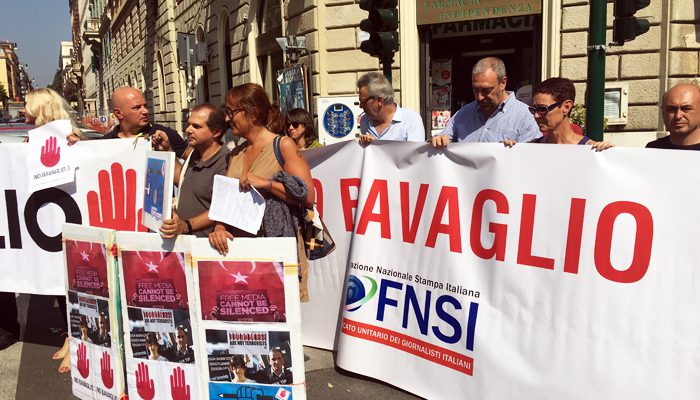 The Italian affiliate of the European Federation of Journalists (EFJ), the Federazione nazionale della stampa italiana (FNSI), gathered in Rome on Tuesday 11 April to call for the release of Gabriele Del Grande, an Italian journalist arrested by the Turkish authorities at the border with Syria.

“We hope his swift release and immediate return to Italy, while we thank the Italian diplomatic authorities, which is closely following the case”, said the General Secretary and the President of the FNSI, Raffaele Lorusso and Giuseppe Giulietti.

Gabriele Del Grande was detained on Monday 10 April in Turkey’s southeastern province of Hatay while he entered the country a few days before to “begin work on a year-long project”. According to the Committee to Protect Journalists (CPJ), the Turkish authorities will deport the journalist in the coming days.

The FNSI will organise on May 2 – together with Articolo21, Amnesty International Italy, Usigrai, Association of Journalists of Lazio, Pressing NoBavaglio and other organizations – another sit-in in front of the Turkish embassy in Rome, where they will read the names of the 149 journalists jail in Turkey.