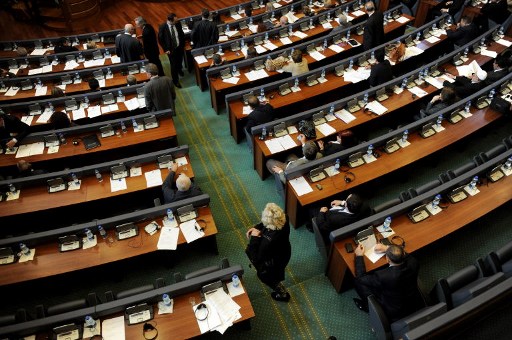 
UPDATE (03.05.2017): The government withdraw the draft law on criminalisation of defamation.

The European Federation of Journalists (EFJ) backs its affiliate, the Association of Journalists of Kosovo (AJK), in opposing the draft law prepared by the Ministry of Justice aiming to criminalise defamation of the President and Kosovo state symbols.

In a press release, the association of journalists denounced an attempt to undermine freedom of expression: “The proposed draft law deeply violates the fundamental principles of a democratic state. It is in full opposition with Kosovo’s commitment for European reforms.”

According to the AJK, the discussion about the two amendments were held behind closed doors without any negotiation process with the stakeholders.

The AJK and the EFJ call on the Ministry of Justice to withdraw immediately the draft amendments. Recalling also the conclusions of a Memorandum published by Nils Muižnieks, Council of Europe Commissioner for Human Rights, following his mission to Kosovo in February 2017, the EFJ reminds that “Reportedly, there are approximately 20 defamation cases against journalists pending in domestic courts, six of which were initiated by public officials. 44% of the Kosovo journalists interviewed for research in 2016 on media freedoms and journalists’ safety in the Western Balkans stressed that the threat of defamation has a chilling effect on their work”.

Kosovo officially decriminalised defamation and insult in 2012, which is now a civil offense punishable by a fine.