Difference Day 2017: Quality journalism in the ‘post-truth era’ on the agenda 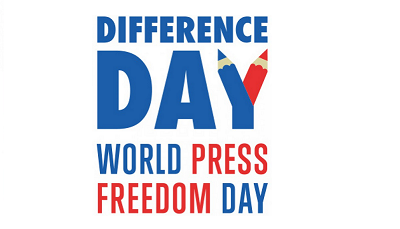 
The European Federation of Journalists (EFJ) will join a group of media partners and NGOs to celebrate the World Press Freedom Day in Brussels on May 3 – declared “Difference Day” – at the Centre for Fine Art (BOZAR).

Among a series of activities and debates organised throughout the world, BOZAR will host five panels on journalism and press freedom. The EFJ affiliate, the Association of journalists in Macedonia, will participate in the second session “Les Van de Eeuw” to talk about various current themes such as democracy, education, smart cities, World War II, Europe…

Difference Day is organized by the Vrije Universiteit Brussel, Université Libre de Bruxelles and Erasmushogeschool Brussel, BOZAR, Evens Foundation & imec, together with other partners (European Federation of Journalists, WAN, EBU, ACT, MPAA, European Commission, UNESCO, European Parliament …). It tries to remind people that without a free and independent communication landscape it is impossible to build and sustain a democratic society. Sadly, more than 1100 journalists were killed ‘in the line of duty’ since 1992 and more than one third of the world’s population still lives in countries that do not have a free press.

Free entrance upon registration. All sessions will be live streamed.