The battle between the media and politics in Europe 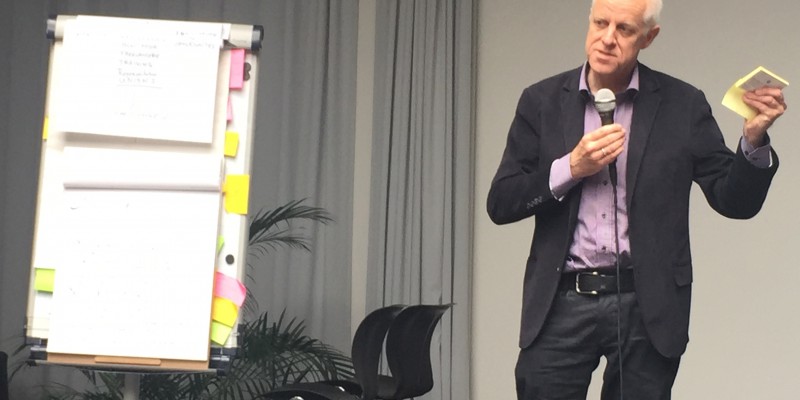 
ita
Increasing tensions between the interest of media and politics pose a serious threat for European democracy. An editorial by Mogens Blicher Bjerregård, President of the European Federation of Journalists (EFJ), originally published by the Osservatorio Balcani e Caucaso

Across Europe, the political understanding of the impact of journalism and the importance of free media for democracy seems to be in decline. When we take a look around, we can only deplore the worsening discrepancy between the media as a fundamental pillar of our democracies and populist politicians increasingly criticizing or even violating media freedoms when they can’t use them as a propaganda machine.

Notable examples include the attempts at undermining public service media in Eastern European countries both financially and politically. This is what happened to Poland last year, when the conservative right-wing government, overnight, changed the law and replaced the leadership of the public television resulting in the replacement of journalists, apparently because of their independent journalism. Similar situations appear in Western Balkan countries, where changes in the license systems, as well, are ways to put pressure on media.

The International Press Institute recently published an article about the situation in Slovakia , where the prime minister openly criticize journalists by “reminding” them that when speaking with him, they are not “at the same level” and that journalists working for the public service broadcast stations should first be loyal to those who govern the country.

In countries like Macedonia and Montenegro, investigative journalists are jailed for doing their jobs and accused of being criminals with more or less fabricated charges.

Much worse is the media freedom situation in Azerbaijan and Turkey where journalists have been brought to courtrooms just for reporting on corruption cases or even tweeting about issues or meetings related to opposition groups.

Not only Eastern and South Eastern Europe deliver similar conflicting situations between the media and politics. In Great Britain, the so-called Snooper’s Charters Bill has become a law which will have a huge impact on journalism because both sources and journalists will risk jail sentences up to 14 years when prosecuted for revealing or using secret documents.

Even worse for our democracies is that such a law could prevent both journalists and their sources to bring to the public important information, which according to European standards and values are of public interest for the citizens to take part to democratic institutions. Today, we risk that such information will be hidden away by self-censorship.

Europe needs a totally opposite development as shown by the Luxleaks trial, where Antoine Deltour and Rafaël Halet took, as whistleblowers, the risks and responsibilities to reveal important information through journalists and media for the public opinion’s interest. Regardless of the great importance of the case and regardless that even the judges were embarrassed about their own judgement, Deltour and Halet got a punishment when they should have been protected and praised for their role.

An EU-directive to protect whistleblowers

The most valuable outcome of this court case would hopefully be a EU directive safeguarding whistleblowers.

A closer investigation of the European legislation shows that we still have a long way to go, before journalists can work more safely regarding threats from authorities, even that such laws very rarely are used.

Another study from the IPI and OSCE shows that 24 OSCE states, half of which are EU member states, offer special protection for the reputation and honour of their heads of state with imprisonment as a potential sanction in some countries. These countries include Turkey, but also countries like The Netherlands, Denmark and Germany.

There are many interesting facts from the survey:

Last year being at a working seminar in Serbia, I realized how difficult the situation is in several of the Western Balkan countries:

Such an environment is difficult for quality journalism in general and for investigative journalism in particular. To survive in their job, many journalists will make a very simple risk assessment and will self-censor their journalism.

Dialogue is a key

All parties, the media owners, the editors and the journalists must put aside their mutual mistrust because only through partnership it would be possible to make a real change.

To get hold on this, understanding of the social dialogue is crucial. The recently launched green paper from the EU commissioner Marianne Thyssen’s cabinet includes important elements that we, as trade unions in the creative industry, should care about.

The recommendations on social protection among all workers, employees as well as freelances is a tool we should follow up be creating operational mechanisms.

This can become a game changer for the standards of living, for the social dialogue and for mutual understandings in the industry.

In the coming year, the European Federation of Journalists (EFJ) together with the Council of Europe and a large number of partners will put the topic “Media and Politics in Conflict” on the agenda with debates across Europe, a culmination at a high level conference in Gdansk during the first months of 2018 followed by further actions.

All parties must be a part of the solution, the media workers, the media owners, the politicians the authorities and the public opinions.

*Mogens Blicher Bjerregård is the President of the European Federation of Journalists (EFJ) since May 2013. He is a Member of the Council and Bureau of The International Programme for the Development of Communication (IPDC) of the UNESCO since 2014 and Vice-president of the International Media Support (IMS). He has been President of the Danish Union of Journalists (DJ) from 1999 – 2015. Blicher Bjerregård successfully led the DJ to a strong union with yearly growth in its membership.

This publication has been produced within the project European Centre for Press and Media Freedom, co-funded by the European Commission. The contents of this publication are the sole responsibility of Osservatorio Balcani e Caucaso and its partners and can in no way be taken to reflect the views of the European Union. The project’s page