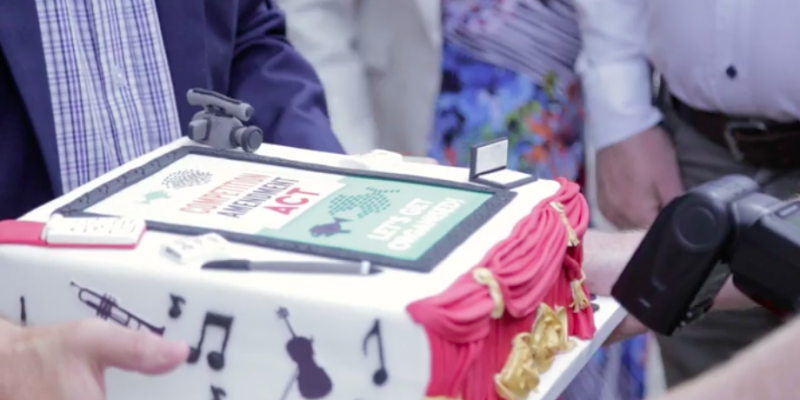 
Irish freelance workers will be allowed the right to collective bargaining. On the evening of 31 May, the Irish Parliament adopted the Labour Party proposed Competition Amendment Bill 2016, which aims to introduce exemptions from competition law for certain self-employed workers. Since a competition ruling was handed down thirteen years ago, agreements  negotiated with  artists unions on minimum tariffs  have been considered as breaches of competition  law. To avoid the competition law a union has to prove either that its members are false independent workers (in a subordinate relationship, obliged to follow instructions,  do not share the same business risks as their contractors, etc) or are ‘fully dependent’ workers (deriving most of their income from a maximum of two sources), both notions which for the first time are being defined. Dependent freelance journalists, voice over actors, musicians, etc will be the first to take advantage of the reform as the Senators behind the amendment clearly take a view on  the development of independent work in the gig economy. It is  the first Opposition Bill to pass into law and it will provide collective bargaining rights for some freelance workers. It defines in law for first time “bogus” self-employment.

The Competition Authority before viewed the workers as small business undertakings and the trade unions were faced with threats of criminal prosecution for seeking to set rates, collectively represent or even publish fees guides for freelances.

“This is a significant breakthrough for the trade union movement and shows the power of persistence. We should never have fallen victim to the ideological agenda of the Competition Authority’s narrow view of workers or collective agreements. Having won back the right to organise we face the challenge of organising within the sector but we do so with confidence. We also know that freelance workers, especially young workers, face exploitation and desperately need trade union representation.”

“The Musicians Union of Ireland and Equity, both organised by SIPTU, along with the National Union of Journalists deserve enormous credit. Because of their work, we are passing legislation that enhances the rights of those they represent. Now the baton will pass back to them to organise these workers, and to deliver for them the terms and conditions that they deserve, said  Brendan Howlin TD, Party Leader and Spokesperson on Justice and Northern Ireland