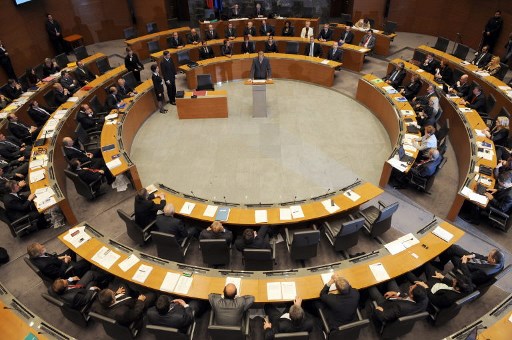 “Precarious conditions are becoming more and more common, not just in Slovenia, but also in Europe,” said Anja Kopač Mrak, the Slovenian minister of Labour, Family, Social Affairs and Equal Opportunities at the voting session of the draft labour laws at the beginning of this month in Slovenia. “The contract of employment must exist whenever there are elements of an employment relationship, but in the past too often that was not the case,” she added. With the new draft policy, the authority can ban the activity and require employers to provide a valid employment contract within three days if it observes that an employment relationship is hiding behind a civil law contract. If the employer fails to comply, employees can then have access to other forms of resort.

The other addition to the law is the possibility of the inspector to prohibit the employee from working further, interrupt the business activity or its use of working assets if the employer fails to pay an employee’s salary for more than two times in a year. “This has been one of the most serious violations since 2009. Our goal is not to shut down such companies, but to prevent those repetitive practices from some of the employers,” added Kopač Mrak.

The Slovenia’s government presented its similar reforms in November 2016 with the focus on combating undeclared work in a country that uses various contract types other than the employment contract when engaging workers (civil law contracts, copyright contracts, independent workers contracts). The proposed reforms were debated by the social partners within the Social and Economic committee.

The government was looking at introducing harsher penalties for cases of excessive employer use of civil law contracts as well as creating a new penalty to be levied on employees who participate in this type of hidden employment fraud. The burden of proof as to the nature of the employment relationship was to be transferred to the employer as soon as the employee provides initial indications of a situation suggesting an employment relationship. Besides that, they had been looking to introduce the possibility of contract termination on the grounds of incompetence. However, that did not get adopted.

The EFJ affiliates in Slovenia, the Union of Slovenian journalists (SNS) and the Slovenian Association of Journalists (DNS), have been lobbying on this issue for a long time. They considered the development is a step in the right direction allowing better enforcement of labour contracts. However, they believe that more should be done.  “When it comes to precarious forms of employment, nothing of importance has been changed – the latest amendments show that movements are minimal. The state overlooked a number of efforts to to improve the situations of workers,” DNS wrote in a statement.

When the two draft labour laws were presented on 8 June, the SNS and trade unions backed DNS up, saying: “At the Committee on Labour, Family and Social Affairs session we had not been given the opportunity to express our views on the proposal. The social dialogue was abused and the partners replaced our corrections concerning the inspection supervision of precarious work with the rights of employees and employers when it comes to firing.”