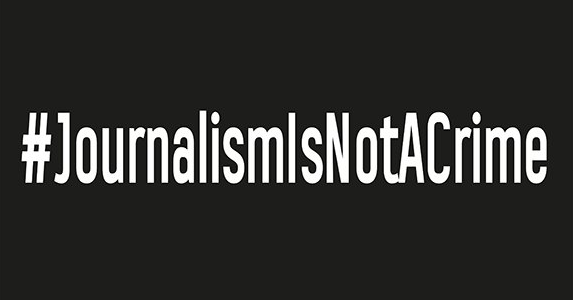 
The EFJ/IFJ has strongly condemned accusations by a Ukrainian MP that the National Union of Journalists of Ukraine (NUJU) was guilty of implementing “Russian media projects” and supporting anti-Ukrainian media. The astonishing claims came after the union opposed government raids on a prominent Ukrainian news website.

The EFJ/ IFJ vowed to stand shoulder to shoulder with its affiliate in Ukraine in defending its actions in representing the country’s journalists and defending press freedom.

The politician, Dymtro Tymchuk, a member of the People’s Front faction has claimed the NUJU leadership was “working against information security of the country”. He also accused the NUJU of participating in anti-Ukrainian projects. President of the NUJU, Sergiy Tomilenko believes Tymchuk’s pressure is largely based on Tomilenko’s call for the respect of journalists’ rights following the Ukrainian secret services raid of popular Ukrainian news site Strana.ua. Tymchuk has labelled this website as “anti-ukrainian”.

Tymchuk has now stirred up enmity against the NUJU in the media and on social networks, with more than 40 media accusing the union of threatening national security in the country.

“This slander threatens NUJU activists and members and inhibits the organization from representing its members and upholding press freedom in Ukraine”, said IFJ Secretary General Anthony Bellanger. “The IFJ condemns these attempts by Tymchuk to exert political pressure on the NUJU and its leadership, who are defending freedom of the press and their members, as any good journalists’ union should.”