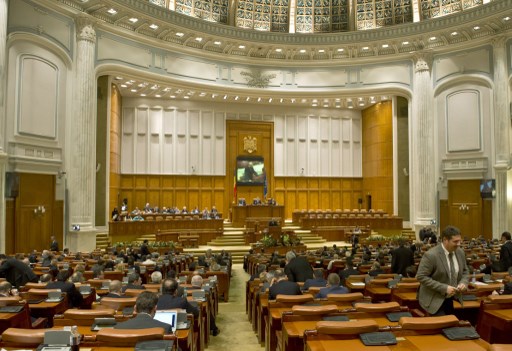 
UPDATE (31/10/2017) – On 30 October 2017, 64 senators from the ruling coalition (PSD-ALDE) voted the controversial draft law (16 senators voted against and 27 senators abstained). Alexandru Giboi, AGERPRES General Director, wrote in a press statement that the Romanian minister of Culture “Lucian Romascanu is preparing the dissolution of AGERPRES as an independent press agency”.

The Romanian trade union of journalists MediaSind expressed its concerns about the new draft law intended to regulate the national news agency AGERPRES, to be discussed on 11 October 2017 by the Romanian Parliament.

Such provisions would have the same impact as on the management of the Romanian Radio Broadcasting Corporation (SRR) and the Romanian National Television Corporation (SRTV): following each election, the SRR and SRTV administration boards can be dismissed before the end of their mandates to reflect the new political forces. Many international organisations, including the European Federation of Journalists (EFJ), had denounced this provision as an instrument to politicize the public service media.

The European Federation of Journalists (EFJ) backs its affiliate MediaSind in calling on the Parliament to abandon the draft law. In a letter addressed to the Parliament, AGERPRES’ general-director and the Romanian trade union of journalists said:

“We believe that the proposed modification opens the path to a political subordination of the AGERPRES management. (…) Any political force could find that the director-general is not ‘loyal’ enough to the government, regardless of the quality of the work, for political reasons only. It must be abandoned.”

The draft law has been initiated and submitted by Lucian Romascanu, now minister of Culture, while he was president of the Culture Committee of the Romanian Senate. The proposal was also signed by four other senators.

The case was submitted to the Council of Europe’s platform for the protection ans safety of journalists.