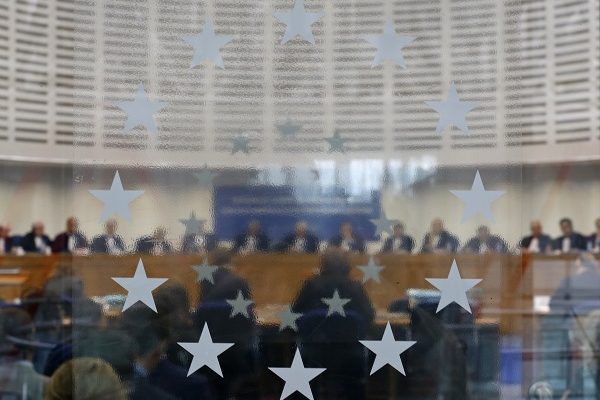 
Leading freedom of expression organisations have submitted third-party interventions in ten cases against jailed Turkish journalists to which the European Court of Human Rights (ECtHR) has given priority status. The interventions offer detailed legal analyses of the principles at stake in the cases of the detained journalists.

The cases before the ECtHR concern the detention of journalists and board members from the Cumhuriyet newspaper, along with the cases of journalists Murat Aksoy, Şahin Alpay, Ahmet and Mehmet Altan, Ali Bulaç, Ayşe Nazlı Ilıcak, Ahmet Şık, Deniz Yücel and Atilla Taş.

The briefs urge the Court to hold that the detention of a journalist is “subject to the strictest scrutiny”, and that such measures in response to a journalist’s work can only be justified in “extreme and exceptional cases.” They underline that “the deliberate and arbitrary use of the criminal law to target journalists and other media for exercise of freedom of expression and opinion that may be critical of government for the ulterior purpose of punishing and preventing dissemination of critical opinions amounts to a violation” of the European Convention on Human Rights, to which Turkey is a state party.

“The extraordinary abuse of power by the Turkish state towards the detained journalists is symptomatic of a relentless crackdown on all dissenting voices since last July’s attempted coup” said Sarah Clarke, Advocacy Manager of PEN International. “These journalists have been deprived of an independent and effective judicial system in their own country. These urgent cases before the ECtHR therefore are an opportunity to not only redress the injustice in these egregious instances but to give wider protection to the Turkish media and society as a whole.”

“The volume of cases concerning detained Turkish journalists that are coming before the European Court are indicative of the dire state of press freedom in the country,” said Padraig Hughes, the Media Legal Defence Initiative’s Legal Director, “these cases offer the European Court an important opportunity to take a stand against the widespread deprivation of liberty of those who have been willing to criticise the Turkish Government, and to recognise that the real purpose behind these detentions is to deter journalists from speaking out in the future.”

“The number of Turkish cases on the Court’s docket should come as no surprise. While some journalists are released – such as Murat Aksoy and Atilla Tas this week – still others are detained. The revolving doors of Turkey’s jails just serves to underscore the arbitrariness of these detentions”; said Gabrielle Guillamin, Senior Legal Officer at ARTICLE 19. “With the independence of the Turkish judiciary under serious threat, the Court in Strasbourg is the last hope journalists have to obtain justice: these cases present the Court with a unique opportunity to protect freedom of expression in Turkey”; she added.

Turkey is currently the world’s largest prison for journalists, with over 150 currently in detention. Turkey has now been under a State of Emergency for 16 months, which has enabled an unprecedented repression of the free press and critical voices.

Third party interventions represent an additional tool to help promote and protect human rights at the European Court of Human Rights. They are an opportunity for civil society to assist the courts by providing an independent analysis of the human rights principles and standards at issue in a case, as well as any relevant international and comparative human rights law. The UN Special Rapporteur, David Kaye, and Council of Europe Human Rights Commissioner, Nils Muiznieks, have also intervened on these critical cases.