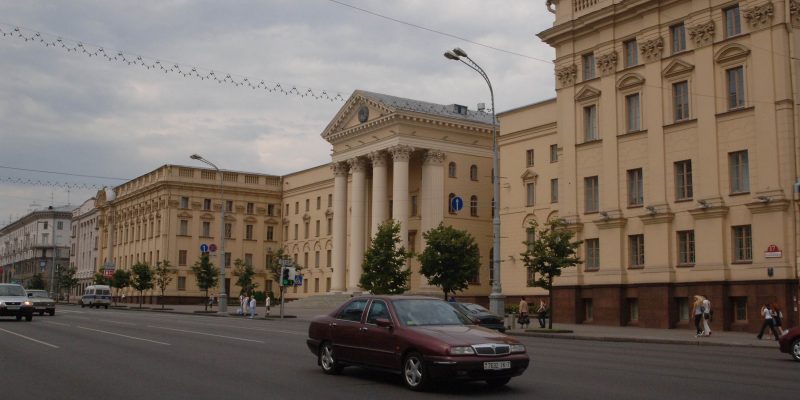 
Pavlo Sharoyko, a Ukrainian Radio correspondent (Public Broadcasting Company of Ukraine), was arrested in Minsk, Belarus, on 25 October 2017 by the Belarusian KGB. Sharoyko is only being allowed representation provided by Belarusian authorities, says Sergiy Tomilenko, head of Ukraine’s National Union of Journalists (NUJU).

Sharoyko’s colleagues have said that the journalist was working on stories related to the search for Pavlo Hryb, a Ukrainian citizen who disappeared in Belarus after being arrested and was later found to have been sent to Russia. Sharoyko also investigated cases involving Russia’s Ukrainian political prisoners, and reported on military exercises taking place in Belarus. According to Svitlana Myalik from Ukrainian Radio’s foreign desk, Sharoyko’s last material before his arrest was on a meeting in Minsk about the trilateral contact group on Donbas.

The Belarusian Embassy in Ukraine had not responded to requests for information, and “unofficial information” suggests that the journalist is being held on espionage charges, according to a tweet by Zurab Alasania, director-general of the Public Broadcasting Company of Ukraine.

Belarusian KGB spokesman Dmitry Pobyarzhin has said in a briefing that, “In Belarus, Sharoyko built a network of agents made up of Belarussian citizens, who carried out his assignments for monetary compensation”. But the Ukrainian defence ministry replied that this information “is not true”.

The Ukrainian Foreign Ministry has confirmed Sharoyko’s detention, and said that the ministry’s Foreign Policy Department is taking measures to protect the journalist’s rights.

Sharoyko’s wife, Olena Sharoyko, has said “I can’t contact him. I can only write him letters”. She added that she has received no information from Belarusian authorities.

Tomilenko has said that the NUJU is also attempting to contact the Belarusian Embassy in Kiev and the Ukrainian Embassy in Minsk.