Increasing violence against journalists in Ukraine 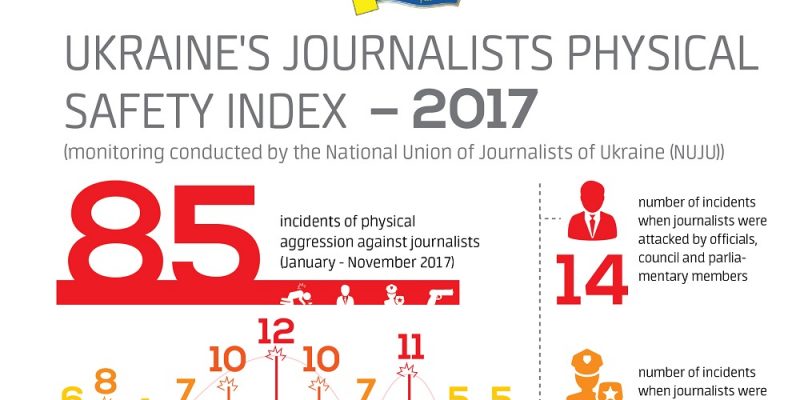 
The National Union of Journalists of Ukraine (NUJU) just released the outcomes of its “Ukraine’s Journalists Physical Safety Index”. The situation remains worrying in the country: from January to November, NUJU registered 85 physical attacks against journalists.

In 14 cases (16%), journalists were attacked by public officials, including members of the Parliament.

In 8 cases, journalists were attacked by policemen or members of the State Guard.

The president of NUJU, Sergiy Tomilenko, raised the issue of increasing violence during a seminar organised by the The Office of the United Nations High Commissioner for Human Rights (OHCHR) in Odessa, on 29 November.

Tomilenko said that 16 months after prominent journalist Pavel Sheremet was killed by a car bomb in Kiev, no one has been prosecuted, even though Ukrainian President Petro Poroshenko vowed a swift investigation.

The General Secretary of the EFJ, Ricardo Gutiérrez, who attended the OHCHR seminar in Odessa, called on the Ukrainian authorities to put an end to impunity for perpetrators of crimes against journalists. He reminded that the recent study “Journalists Under Pressure” issued by the Council of Europe showed that 82% of journalists in Russia, Ukraine, Belarus and Moldova reported experiencing psychological violence. In most of the cases, journalists faced belittlement, humiliation, intimidation and threats of being hurt by public authorities.

“Public officials are the main source of threats on journalists,” said Gutiérrez. “The EFJ calls on again Ukrainian President Petro Poroshenko to reaffirm his commitment to ensuring journalists’ safety.”

Strong statement from colleague @Stommedia: in #Ukraine, it's cheaper to beat journalists than to litigate with them pic.twitter.com/5AYDxKFHYq 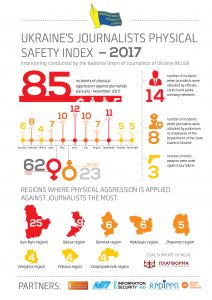