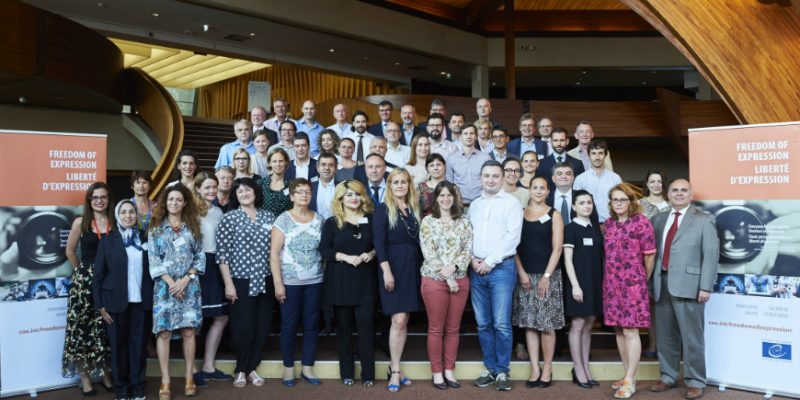 
At the meeting of the Council of Europe Steering Committee on Media and Information Society (CDMSI), from 5 to 8 December 2017, participants discussed a series of documents and recommendations currently relevant for journalists and media workers.

To counter information disorders, the authors recommend action by content providers and public authorities as well as reinforced ethical behaviour from the media, and the strict verification of facts.

A draft recommendation on media pluralism and transparency of media ownership was also raised at the meeting. The recommendation was slightly amended and unanimously supported, except by the Russian delegation, which expressed reservations on point 2.5 about “open, independent, transparent and participatory initiatives by social media, media actors, civil society, academia and other relevant stakeholders” to enhance media diversity.

Other important documents for journalists are a study on the use of Internet in electoral campaigns, and a draft study on media coverage of elections with a specific focus on gender equality.

The CDMSI also pointed out the decline in funding for its cooperation activities in member countries and in third countries from next year, and called on governments to “secure regular funding”.

Despite this, two new groups will be created by the Council of Europe: the the “MSI-AUT”, responsible for the “human rights dimension of automated data processing techniques (algorithms) and their possible regulatory implications”, and the “MSI-JOQ” dedicated to “quality journalism in the digital age”.

All documents of the meeting are available here.