Hate speech and fake news are rife, citizens are getting more and more confused as propaganda undermines the credibility of our news media, and our fundamental values are under attack. Impartial and accurate journalism is under attack. It is high time to address the importance of uncensored, pluralistic media for the development of our free democracies in Europe.

If you want to build an authoritarian state, and more and more evidence suggests that it is precisely what Jarosław Kaczyński wants, one of your key tasks should be gaining control over the flow of information.
Written by Mikołaj Chrzan and Paulina Siegień

In April 2015 critical newspaper articles started to appear about the Police investigation of a decade-old murder near Glasgow, Scotland. These suggested that, despite spending more than £4m trying to track down Emma Caldwell’s attacker, the failure to secure a conviction was the result of bungling by detectives.
Written by Tim Dawson 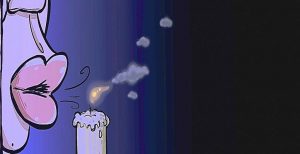 Three journalists murdered and one assassination attempt in Serbia around millennium. While many aspects of these murders could be discussed, one is beyond debate: Vujasinovic in 1994, Curuvija in 1999 and Pantic in 2001 were murdered because of their work and by – or under the veil of – the State.
Written by Maja Vasic-Nikolic

In 2017 the Supreme Court of Russian Federation made a significant decision: All accusations and previous legal actions against Elena Nadtoka, editor of private local newspaper from Rostov Region were regarded as illegal, and it obliged local courts responsible for it and urged them to change their verdicts. This took place after a final verdict of European Court of Human Rights.
Written by Nadezda Azhgikhina

During a random day in January my phone’s location is registered 40 times. This is due to the Danish Data Retention Law, which obliges the telecommunication companies to monitor the citizens’ location at all times a day on behalf of the government, and in clear violation of EU law.
Written by Freja Wedenborg

Download: 40 registered logs of my phone in one day  (pdf)

I have always said that Idomeni is the shame of Greece and the shame of all of Europe. Today, another page is written in this book of shame for Idomeni: the page of muzzling the media, a page reminiscent of times past, a times when newspapers in Greece had to secure the nod of the censorship committee before going to press.
Written by Antonis Repanas

Prime minister accused of grant fraud, the vice-chairman of the Chamber of Deputies sued of antisemitism and holocaust denial, the president permanently assaulting and publicly insulting journalists. This is going on in the heart of Europe – in the Czech Republic. And situation in media?
Written by Lucie Sykorova

Azerbaijan is an oil and gas-rich country on the western shore of the
Caspian Sea, which gained formal independence 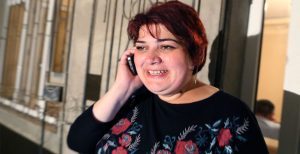 from the former Soviet Union in 1991. With its utterly gorgeous capital, designer boutiques, ultra-modern skyscrapers, luxurious resorts, and perhaps the best music festivals in the region, Azerbaijan still resembles the Soviet Union as the regime there has managed to “preserve” and even further embrace the very Soviet culture of repression and censorship of free press and critics.
Written by Gulnara Akhundova