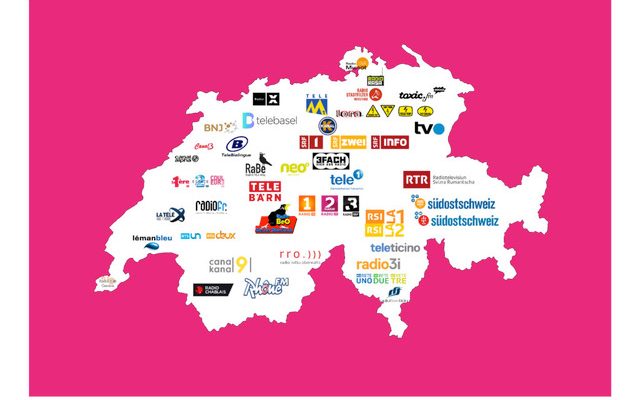 
On March 4th, Swiss citizens will decide through a national vote whether to abolish the media reception fee, previously collected through the company Billag (hence the initiative’s name “NoBillag”). The current Swiss media system is comprised of public service, private and community media, each sector with its specific functions and roles. The abolition of the national media reception fee would result in the loss of reliable sources of information and put democratic values at risk.

In a country characterised by great linguistic and cultural diversity, public service media operated by SRG SSR not only guarantees access to information in all four national languages (Swiss German, French, Italian and Romansh) but also ensures social cohesion and a sense of shared national identity. Public service media, through its online, digital and terrestrial distribution channels RSI, RTR, RTS, SRF and SWI, provides reliable news and quality journalism. Its mission is also to produce educational content and entertainment, to safeguard freedom of information and to enable the development of an informed public sphere, as required by Article 93, paragraph 2 of the Swiss Federal Constitution. Should the NoBillag initiative pass, precisely this article would be eliminated, thus undermining the fundamental right to freedom of expression and information of Swiss citizens. Last but not least, accessibility of information for citizens with visual, hearing or cognitive impairments is also guaranteed by public service media, whose main programs and news are subtitled and available as audio-description.

The yearly media reception fee does not only fund public service, but also 34 local TV and radio stations distributed across all four language regions. Of these, 9 radio stations are federated in the national association UNIKOM – Union of non-commercial radios – and fulfil the functions of community media. The sector is defined by Article 36 of the Swiss broadcast law (RTVG) as ‘complementary’ to public service and private broadcasting. Its main tasks are to provide open access to media production facilities and training, to produce local, diverse and complementary cultural content and to operate on a non-profit basis. Thousands of volunteers, including citizens with a migrant background, are actively involved in production and management of UNIKOM radio stations, with programs aired in more than 25 languages and with specific intercultural, multilingual training formats in place.

The Swiss media system has been a model for democratic countries. Thanks to its dedicated funding, public service broadcasting can provide stable professional opportunities and working conditions to journalists, artists, musicians and film makers and support a vibrant cultural sector. Local and non-commercial broadcasting would not survive without the financial contributions it receives today. The consequences of abolishing such a model would endanger diversity, pluralism and freedom of information and would make Switzerland the only European country without public service media.

EBU Director General Noel Curran said: “As people’s trust in social media platforms declines and as the spread of fake news and misinformation grows online, public service media is a source of independent information and debate. Trust levels for public service media, particularly on TV and Radio, are increasing. We should do all we can to ensure that public service broadcasting in Switzerland continues to provide an independent, diverse voice in an increasingly complex and divisive world.”

“Local, non-commercial radios serve and involve those members of society that are less represented in the mainstream, bringing their viewpoints into public discourse.” commented Michael Nicolai, President of AMARC Europe.

“Community media are essential for a pluralistic media landscape, in Switzerland and elsewhere. We hope to see Swiss community radios continue to fulfil their important societal functions: support of non-mainstream arts & culture, inclusion of minorities and marginalized communities, as well as commitment to intercultural integration.”, added Judith Purkarthofer, President of CMFE.

Mogens Blicher Bjerregård, President of the European Federation of Journalists, said: “Public service media is ever more important in a media eco-system that increasingly reduces its capacity to provide quality pluralistic information. Often public service media is the only place left for investigative programs. We need public service media and must make sure that it remains or – in some countries – becomes free from political and commercial pressures.”