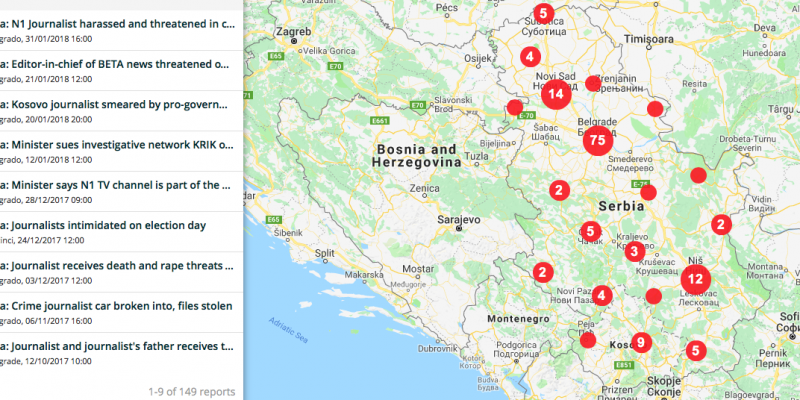 
On February 2018, Philippe Bertinchamps, a Belgrade-based Belgian journalist working for various French-speaking media outlets is threatened with expulsion after the Serbian interior minister (MUP) rejected his second request for a temporary residence permit. If deported, the journalist will be separated from his family living in Serbia. The authorities is vaguely accusing him of being an “obstacle to public order and national security”.

M.Bertinchamp’s application for a temporary residence permit on preservation of family unity grounds was rejected by the MUP in April 2017 and again on 8 January 2018 with no explanation. A Serbian administrative court ruled in his favour in November 2017, agreeing the authorities needed to provide grounds for their rejection of his appeal. M.Bertinchamps has been covering Serbia and Western Balkans for the last ten years without ever coming into conflict with the law.

The EFJ has filed an alert to the Council of Europe’s platform and MMF Platform and is calling the Serbian authorities to reconsider the case.

“Major negative trends on media freedom violations identified by the Council of Europe’s in 2017 include deportation of journalists – in Russia, Georgia and Ukraine – and refusal of accreditation – in France, Germany, Estonia, Bosnia. This new case by Serbian authorities will be considered as a violation of the European Convention of Human Rights. We call the authorities to take actions in order to correct it immediately to protect the public’s right to access information,” said Ricardo Gutiérrez, EFJ General Secretary.