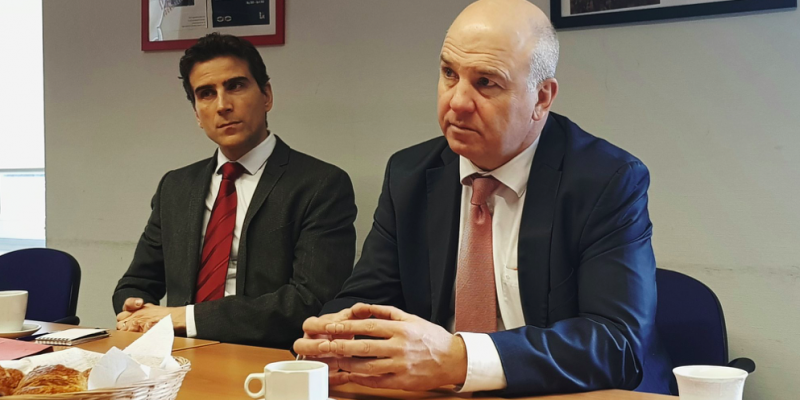 On 1st of March 2018, the European Federation of Journalists (EFJ), the largest organisation of journalists in Europe, representing over 320,000 journalists in 70 journalists’ organisations across 44 countries, has received the visit of the Council of Europe Commissioner for Human Rights, Nils Muižnieks in the last month of his mandate. Ricardo Gutiérrez, EFJ General Secretary, used the opportunity to warmly thank the Commissioner for the good cooperation between his office and the EFJ and underlined the relevant constructive work, particularly in the field of media freedom and journalists’ safety delivered by Nils Muižnieks during his mandate.

The recent killings of European investigative journalists (Malta, Slovakia) and the need to combat impunity were debated, including the necessity to build a comprehensive transnational response to this issue.

The meeting addressed also the need to finance quality media, the link between press freedom and other fundamental rights, the strengthening of public service broadcasters, the importance of digital literacy and the tools to combat hate speech online.