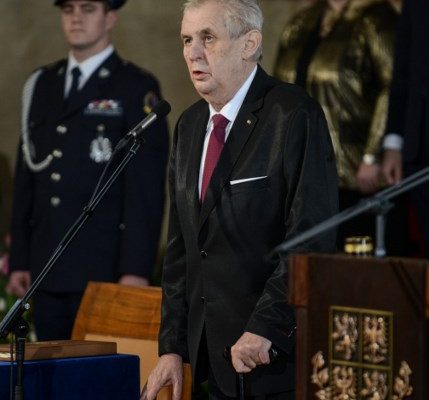 
The European Federation of Journalists (EFJ) condemns the verbal attacks on journalists delivered by Czech President Milos Zeman during his inauguration speech on 8 March 2018 in Prague.

Mr. Zeman accused the Czech public broadcaster of granting too much coverage to the TOP 09 conservative political party. He further went on to allege a general manipulation by liberal news outlets. Karolina Blinkova, a spokeswoman of Czech Television (CT) dismissed his accusations of biased news coverage in favour of the TOP 09 political party as attacks on the independence of the media: “We absolutely reject any attacks on journalists and independence of the media, especially after the recent events in Slovakia, and in particular those by the supreme official of the Czech Republic.”

Mr Zeman, recently re-elected leader, accused the Czech media of bias and trying to manipulate the public. He specifically stated journalists from Economica, a Czech newpaper publisher, would not deserve any respect and Czech citizens should not take them seriously.

General director of Economia, Roman Latuske, denounced Mr. Zeman’s statements: “The journalists of our papers do not look for any scoops, but for the truth. They will continue with what they do in all conscience.”

Only a week after the appalling killings of the Slovakian investigative journalist Jan Kuciak and his girlfriend, we witness a state leader in the region attacking journalism and media. Such offensive words against journalism that we heard on Thursday at the inauguration of the Czech reelected president Milos Zeman lead to even more insecurity for journalists. I firmly urge the president unconditionally to support press freedom and support free media. This is one of the urgent prerequisites to stop violence angainst journalists.