The best antidote to disinformation is a sustainable media ecosystem 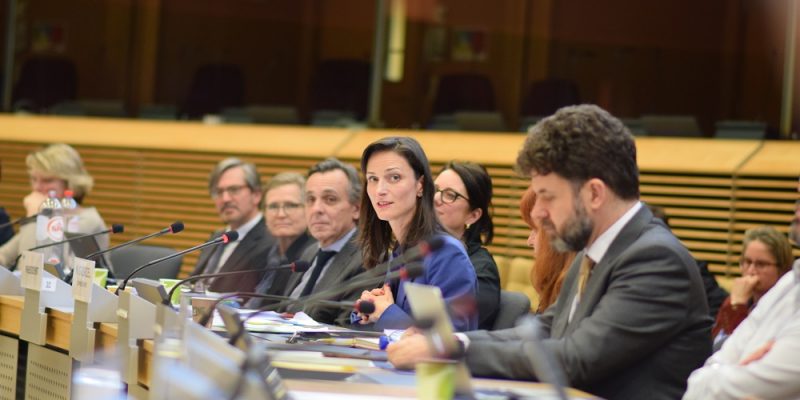 
Together with 38 experts, the European Federation of Journalists (EFJ) participated in a EU High-level Expert Group (HLEG) set up by the European Commission, since January 2018, in order to tackle the phenomenon of so-called “fake news” and disinformation. The final report of this group has been published today in Brussels by the EU Commissioner for Digital Economy and Society, Mariya Gabriel.

The EFJ welcomes the final report despite some doubts on some specific proposals.

The report clearly indicates that the real threat is disinformation, not “fake news”. Disinformation is defined as “false, inaccurate, or misleading information designed, presented and promoted to intentionally cause public harm or for profit.”

“In our view, the most important outcome of the report, which is the result of a compromise between stakeholders, is the proposed set of actions to safeguard the diversity and sustainability of the European news media ecosystem,” said the EFJ General Secretary Ricardo Gutiérrez, member of the HLEG. “Public authorities should definitely understand that a sustainable media and journalism sector is the best antidote to so-called “fake news” and disinformation. More than ever before, we need to promote ethical journalism, investigative journalism and much more transparency from those in power, including the online platforms.”

During the HLEG discussions, the EFJ insisted on the fact that journalists and legacy media can do more to tackle disinformation, but they are far from being the main problem regarding this issue. We believe that the European Commission should focus on the main responsibility of online platforms (Facebook, Twitter, Google, YouTube…) in the distribution and monetization of disinformation. Together with the European Consumer Rights organization (BEUC), we believe that an EU sector inquiry on “social media driven business” would be a useful tool to tackle online disinformation fostered by the platforms advertising revenue policies.

The EFJ also demanded more clarity regarding the suggested independent “multi-stakeholder Coalition” mandated to develop an “European code of practices” on tackling disinformation. Together with the representative of the media employers, the EFJ managed to ensure that journalists organisations will be represented within this “Coalition”; we also ensured that the proposed “Code of practices” will not impose any additional burden to journalists and media outlets, already subject to the existing journalism deontological codes, ethics and standards.

The report states that “initiatives aimed at countering specific problems of disinformation (…), need to be very precisely targeted and formulated to ensure that they do not by accident or design enable public or private authorities to restrict free speech.”

While some governments are adopting restrictive legislation that can encourage censorship (German law on hate speech; announced French law on Fake News…), the EFJ welcomed the global multidimensional approach of the report, based on five pillars:

The EFJ welcomes in particular the following concrete proposals:

The EFJ calls on its member organisations, at national level, to consider tripartite negotiations between governments, employers’ and workers’ organizations to improve existing forms of State Aid to the media sector and to discuss VAT exemptions and other types of tax breaks in order to fund projects supporting quality journalism, journalists’ training programs and non-profit news outlets.