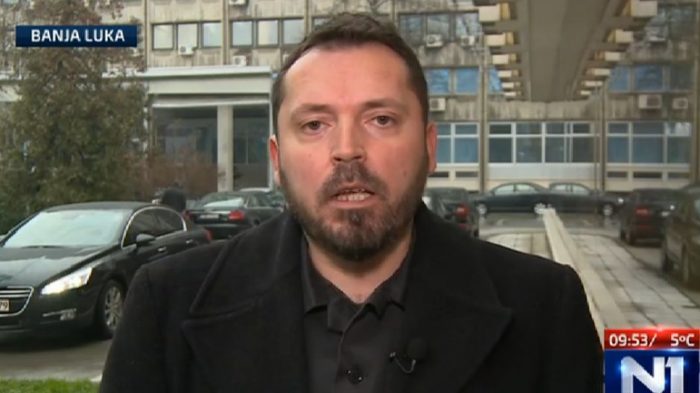 The European Federation of Journalists (EFJ) congratulates Dragan Bursać for receiving the European Press Prize 2018 on 15 March 2018 in the category ‘Opinion’ for his column “The Third Shooting of the Boy Petar from Konjic”, in Budapest, Hungary.

Bursać works as a columnist for Al Jazeera Balkans. He lives in Banja Luka, a Bosnian city dominated by a Serbian population. Bursać became known for his critical writing about nationalism. The story for which he was awarded describes the tragic fate of the seven-year-old Bosnian Serb boy Petar who was killed during the Bosnian War.

Because of his journalistic work, Bursać received multiple threats, including death threats after publishing an article in which he condemned a planned rally in support of Rato Mladic, a former Bosnian Serb commander who was convicted for his crimes during the Yugoslav Wars. The EFJ condemned the death threats and submitted the case to the Council of Europe’s platform.

“I write about people and not nationalities,” Bursać said at the award ceremony. After Boris Dezulovic he is the second journalist from the former Yugoslavia to receive the European Press Prize.