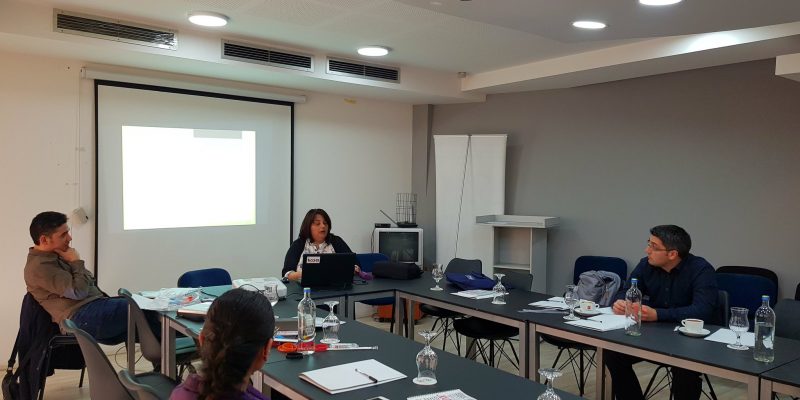 
How to shape the future of journalists’ trade unions and associations in the Western Balkans and Turkey? The EFJ’s Labour Rights Expert Group Plus (LAREG+), composed of representatives from Albania, Kosovo, Macedonia, Montenegro, Serbia and Turkey, convened on the 10th of April 2018 in Skopje (Macedonia) to reflect on a one-year strategic plan to improve journalists’ working conditions in the region. 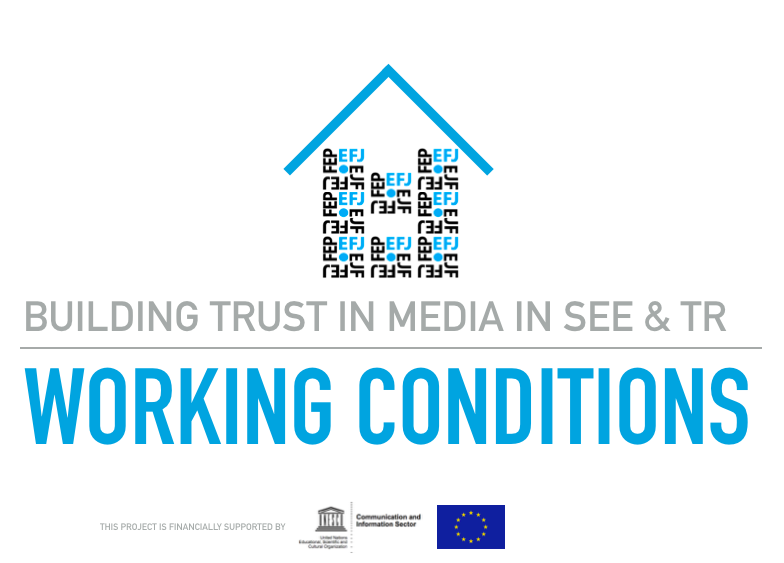 This meeting was the last of a series of trainings organised throughout the year 2017-2018 in the framework of the project Building Trust in Media in South East Europe and Turkey, financially supported by the UNESCO and the European Union. The aim of the meeting in Skopje was to reflect on what has been achieved at national level within the organisations in the previous year and what should be the main strategies for 2018-2019.  The participants shared national reports explaining the main challenges and suggested recommendations to improve the working conditions for journalists and media workers in the region. Some concrete examples of actions at national level include the following :

So what is the next step? The expert  Tamara Chausidis from the independent trade union of Macedonian journalists and media workers made a presentation on how to shape the future based on “reputation management for trade unions “. “It is all about reputation and branding your journalists’ union and association”, she said. Building trust with your members, improve the way you communicate, establish a vision, a mission and your core values were some of the key points she emphasised. The participants debated several options to develop their own reputation. 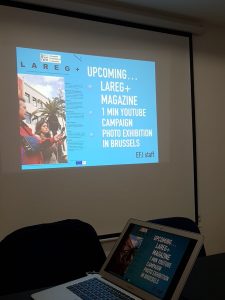