EFJ adopts urgent motion on threats against journalists in Ukraine 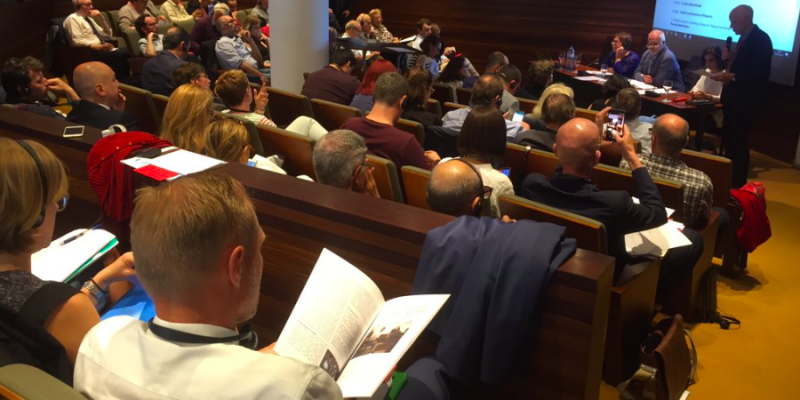 
Delegates of the Annual Meeting of the European Federation of Journalists, meeting in Lisbon, Portugal on June 6, 2018 have mandated the Steering Committee members of the EFJ to adopt an urgent motion on “threats against journalists in Ukraine” in order to put an end to climate of threats, violence and persecution against our colleagues in this country. Following the decision, the Steering Committee members have adopted on June 8, 2018 the following motion :

The Annual Meeting of the EFJ, meeting in Lisbon, Portugal, on June 6th, 2018, condemns the increasing verbal and online violence against journalists in Ukraine.

On 30 May 2018, Larissa Sargan, spokeswoman of the General Prosecutor of Ukraine, posted on her Facebook profile a list of 26 so-called “traitors” who criticized the law enforcement authorities after the so-called “murder” in Kyiv of Russian journalist Arkady Babchenko. The “murder” was in fact an operation in which Ukrainian security services (SBU) faked Babchenkos’s assassination. Two journalists appear in Larissa Sargan’s list of so-called traitors: Myroslava Gongadze and Sergiy Tomilenko, who is the President of the National Union of journalists of Ukraine (NUJU), an EFJ affiliate.

The AM notes that this disinformation operation organised by the Ukrainian authorities is gravely affecting journalists’ credibility with the fact that the public opinion is intentionally mislead by a propaganda operation.

On 16 May 2018, Iryna Gerashchenko, first vice-speaker of the Ukrainian parliament, verbally attacked the National Union of Journalists of Ukraine. She accused NUJU of co-operating with “Kremlin propagandists”. In the following days, Sergiy Tomilenko was targeted by online threats (mainly Facebook posts and comments) calling Ukrainian Security Services to imprison him.

The AM instructs the Steering Committee to give full support to Ukrainian colleagues, to its affiliate NUJU and its work on safety and protection of journalists in Ukraine and abroad and to strongly condemn the intimidation campaign from Ukrainian public officials and to call on Ukrainian authorities to put an end to any act of harassment targeting journalists and representatives of journalists’ organisations.

The AM instructs the Steering Committee to ask for the renewal of the red line through IFJ-EFJ between the two unions in case of emergency.

The AM instructs the Steering Committee to ask both governments (Russia and Ukraine) to protect journalists covering the region, to release journalists who are in prisons or being prosecuted.