Examining and assessing PSM editorial guidelines of the Western Balkans 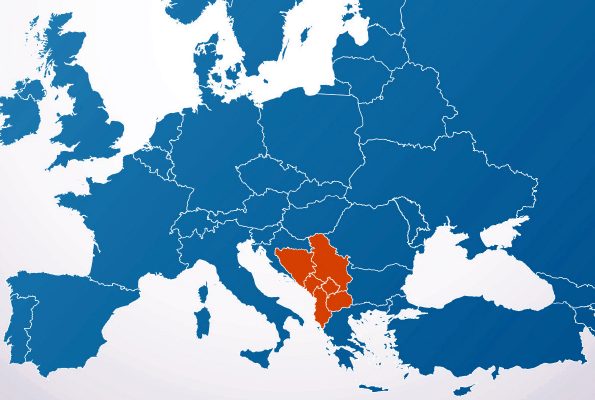 
A new publication on editorial guidelines or codes of conduct in the public service media of the Western Balkans was drafted by Renate Schroeder, director of the European Federation of Journalists (EFJ), and presented during a launching event of the EU-funded project “Technical Assistance to Public Service Media in the Western Balkans” in Tirana, Albania, in June 2018. The project is managed by the International Federation of Journalists (IFJ) in close cooperation with the European Broadcasting Union (EBU), in collaboration with the EFJ, Austrian public broadcaster ORF, the Balkan Investigative Reporting Network and the Office of the Eurovision News Exchange for South-East Europe.

The report can be downloaded here.

The publication showcases the examination and assessment of six Western Balkan countries, namely, Albania, Bosnia and Herzegovina, Kosovo, FYR Macedonia, Montenegro, and Serbia, including an overview of every country as well as tailored recommendations.

Given a recent sharp increase in self-censorship in South Eastern Europe, it is a real challenge for public service media (PSM) across Europe to maintain its editorial independence, it is focused on the Western Balkans. The culture of political influence combined with constant economic pressures continues to put this independence at high risk. Even with most of PSM having editorial guidelines, they are often poorly implemented or observed in practice.

In general, PMS in the Western Balkans are taking different approaches in developing the editorial guidelines. Where they exist, it is usually of very high quality, developed in cooperation with international experts and covering all areas of programming and ethics. However, most media observers agree that political imperatives usually override the tenets of existing editorial guidelines which do little to protect journalists or producers from political interference.

As it is stated in the conclusion, editorial principles, as good of a reference it may be, “will only protect and fulfil its mission when known to the journalists, implemented accordingly and when the (political) will persists to get it widely recognised.”

As a part of the project “Technical Assistance to Public Service Media in the Western Balkans”, the EFJ will organise a workshop “Facilitating the development of Code of Conduct elaborating and putting in place editorial guidelines and a complaints mechanism” in Belgrade on 18 October. Directors of programs and editors of chief will be invited to discuss with the EFJ and an external expert how best to implement existing editorial guidelines and how to help improve or establish codes or guidelines. The EFJ Broadcasting Expert Group will join the meeting to exchange best practices from their countries.