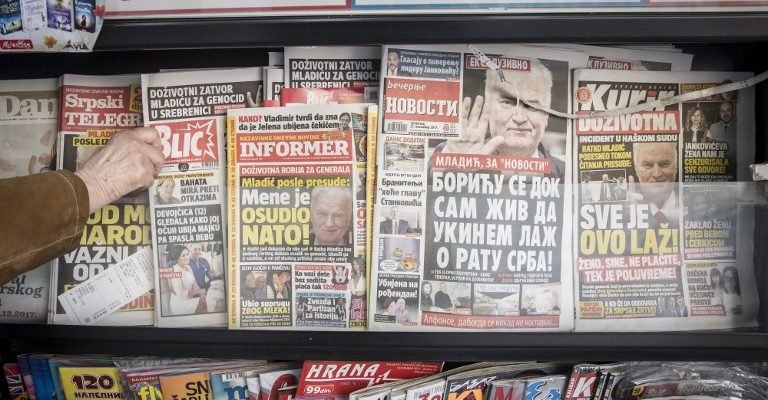 
Over 40 journalists have disappeared or been killed in the territory of Serbia since the break of former Yugoslavia in 1992, but only few investigations were concluded, even with interference and support from international organisations. The Commission for the Investigation of Murders of Journalists in Serbia has been working in solving the cases since 2012. The decision to expand its capabilities and resources to further the fight against impunity for murders of journalists was announced by the president of the Commission Veran Matic, on 2 August.

The scope now is set to include murders of journalists on the territories of Kosovo and Metohija from 1998 until 2001, as well as on the territory of Croatia and Bosnia-Herzegovina during the Yugoslav conflict in 1991-1995. As a part of the expansion, responsible officers were appointed to join the Commission from the War Crimes Prosecutor’s Office and the War Crimes Unit of the Ministry of Interior of the Republic of Serbia. Thus, the cooperation between the governmental institutions, regional resources and journalists should help enhance the work of the Commission.

The decision to expand the capabilities of the Commission is a response to information collected by the European Federation of Journalists (EFJ) affiliate, the Journalists’ Association of Serbia, on the status of abduction and murder investigations of media employees in Kosovo and Metohija between 1999-2005, revealing that over 40 journalists have been killed or announced missing during the time in the region.

We believe that expanding the mandate of the Commission to investigating the murders and abductions of journalists on the territory of Kosovo and Metohija, Croatia and Bosnia-Herzegovina is of great importance, because the War Crimes Prosecutor and the Ministry of Interior’s War Crimes Unit have the capacities and the documentation that can shed important light and influence the resolution of crimes against journalists on said territories, – commented Journalists’ Association of Serbia (UNS)

The Commission for the Investigation of Murders of Journalists was established in 2012 in order to bring journalists and state authorities together to reach better results in investigating the murders of journalists Slavko Ćuruvija (1999), Milan Pantić (2001), the circumstances surrounding the death of Dada Vujasinović (1994), as well as the murder of 16 employees of Radio Television Serbia who lost their lives during the NATO bombing in 1999.

The Commission has showed significant results towards the three cases:

So far the Commission focused solely on the three cases mentioned above. According to the Independent Journalists’ Association of Serbia (NUNS), the prolonged time taken to solve the cases since the launch of the Commission in 2012 raises concerns of possible tensions in the region.

It is a fact that for quite some time, there have been absolutely no new details regarding journalists murdered in Croatia, Bosnia and Herzegovina, Kosovo and that there are no serious steps taken in cooperation between the prosecutor’s offices or the police of these former Yugoslav republics and the province, – said Slaviša Lekić, president of NUNS

2018 EFJ Resolution calls for investigations of journalists’ murders in Kosovo

The EFJ resolution called for EULEX mission and the United Nations to implement decisions of the Human Rights Advisory Panel, to probe the murder and kidnapping cases of journalists and media workers since the arrival of UNMIK, as well as provide compensation for their families.

For information : @OSCE_RFOM is not part of this initiative on killed journalists in #Kosovo. I would however welcome renewed efforts to investigate and bring perpetrators before justice. I fully support @EFJeurope and their efforts to #EndImpunity